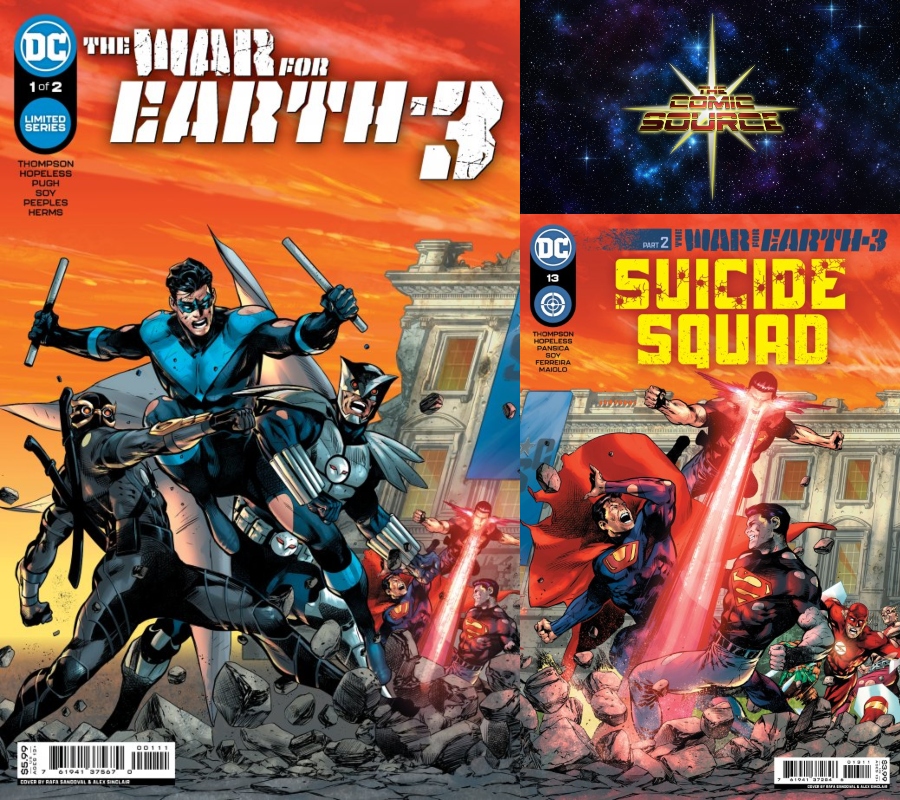 Jace and Rocky from Comic Boom! break down the first two part of the War for Earth-3 event. The War for Earth-3 begins with Amanda Waller and her carefully chosen Suicide Squad invade Earth-3 with an offer for UltraMan that he can’t refuse! What is up with the relationship between Superwoman Donna troy and Owlman? Why is Ultraman so upset with it? You have heard of the breaking of the Batman, right? How about the breaking of the Owlman? Who is capable of such a thing? Is Owlman an idiot? How does Johnny Quick come back from the dead? What argument does Amanda Waller make to Ultraman to get him to let her govern Earth 3? And as their collaboration begins hope does it play out in part 2 in Suicide Squad #13?