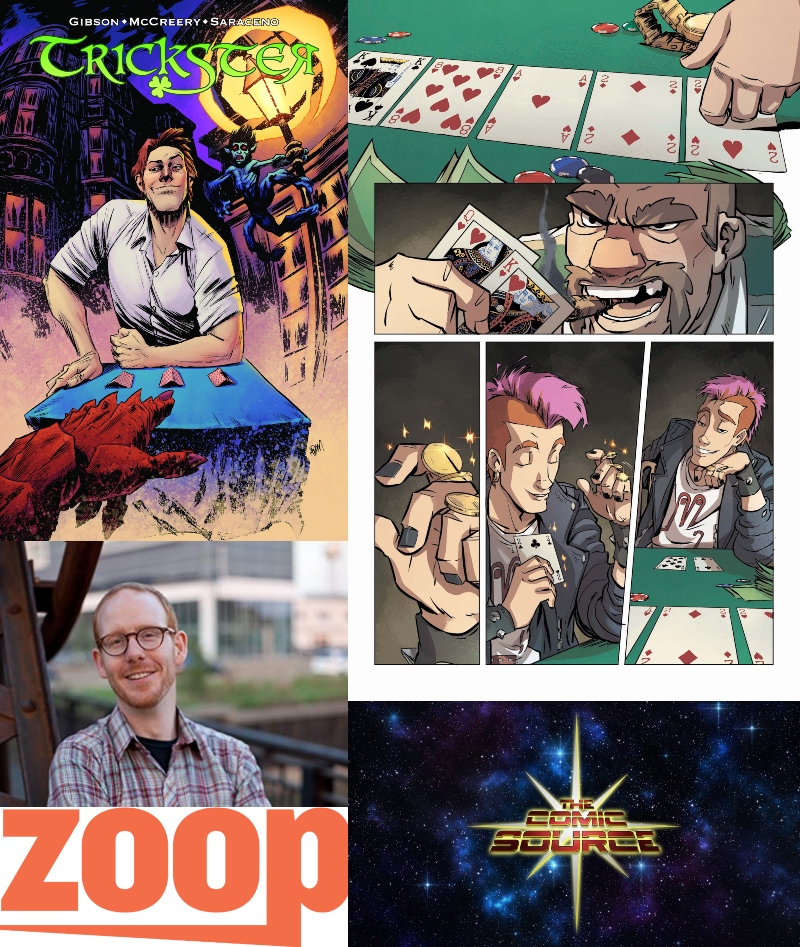 Go PLEDGE and become part of the Trickster campaign

Jace is joined by writer Conor McCreery to talk about his current campaign on Zoop, Trickster. Conor calls it fun-horror but it is a Celtic kick! That’s right the story has it’s roots in Gaelic myths and the first issue kicks off with a leprechaun that may not look like you an envision, but is much more true to the ancient Irish legends. This leprechaun, Rory, is trying to navigate the human world as best he can while helping others in a Robin Hood sort of role, but he has his own baggage from the past that he is carrying around. How that will all play out and how the horror elements will start to ramp up only time will tell. Be sure to go check out the campaign for all the fantastic rewards tiers and to get a look at the beautiful art.