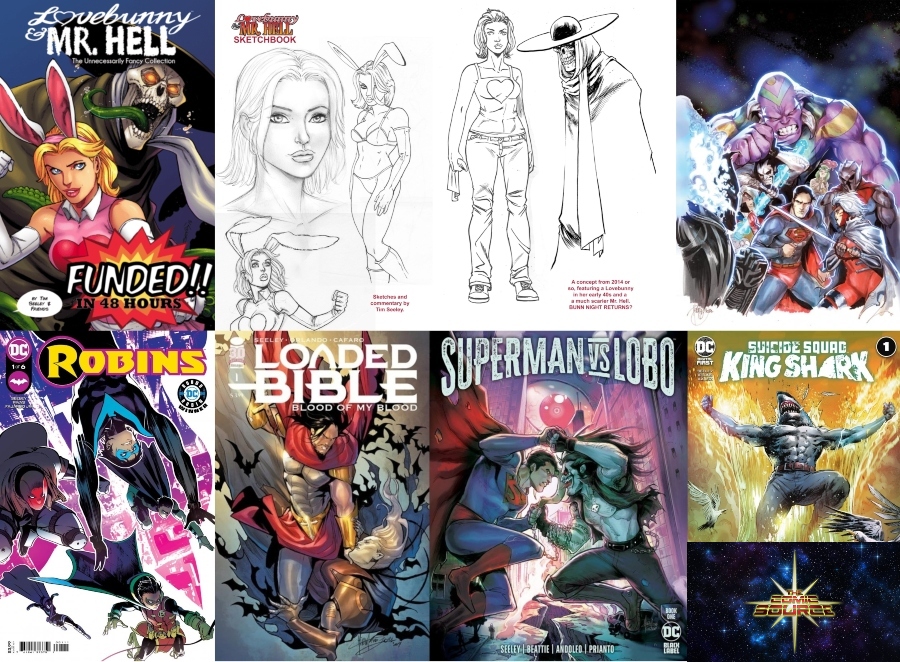 Jace welcomes Tim Seeley back to the show. Tim kicks it off by talking about his current Zoop campaign for one of his earliest works, Lovebunny & Mr Hell. The guys talk in depth about the recently concluded Suicide Squad King Shark series. Tim gives some insight into his thought on the role of Robin as a sidekick for Batman and how he is exploring those ideas in his Robins series. Plus tons of Superman vs Lobo discussion