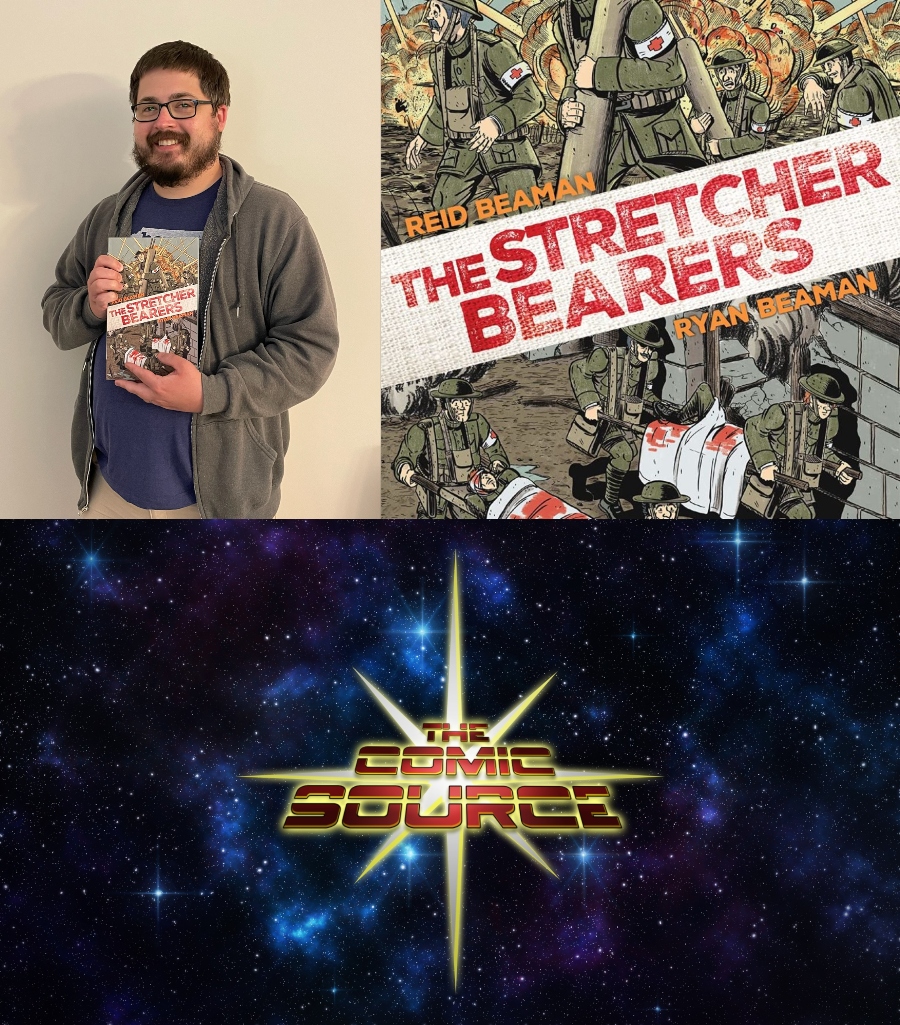 Jace chats with writer/artist Reid Beaman about his World War I graphic novel The Stretcher Bearers. Focused on the unsung heroes of the war who risked their lives to retrieve wounded soldiers from the battlefield.

Maxwell Fox didn’t know what he would witness in France. America had only been in the Great War since April 2, 1917. Nothing could have prepared him for the horrors that awaited him and the rest of the men of the 4th Infantry “Ivy” Division. As the Meuse-Argonne Offensive raged on, Maxwell became assigned to a unit of stretcher bearers, men who were tasked with running into harm’s way to rescue their fallen brethren from the clutches of death. This wouldn’t be an easy job, but with Graham, Frank, and Ralph by his side, Maxwell had to rely on his team and hope to survive. A dark and honest look at the bond of brotherhood during war, The Stretcher Bearers tells the unforgettable tale of a young soldier trying to save the lives of wounded soldiers and keep the men he’d formed a bond with alive. But in the “war to end all wars,” no one was safe.