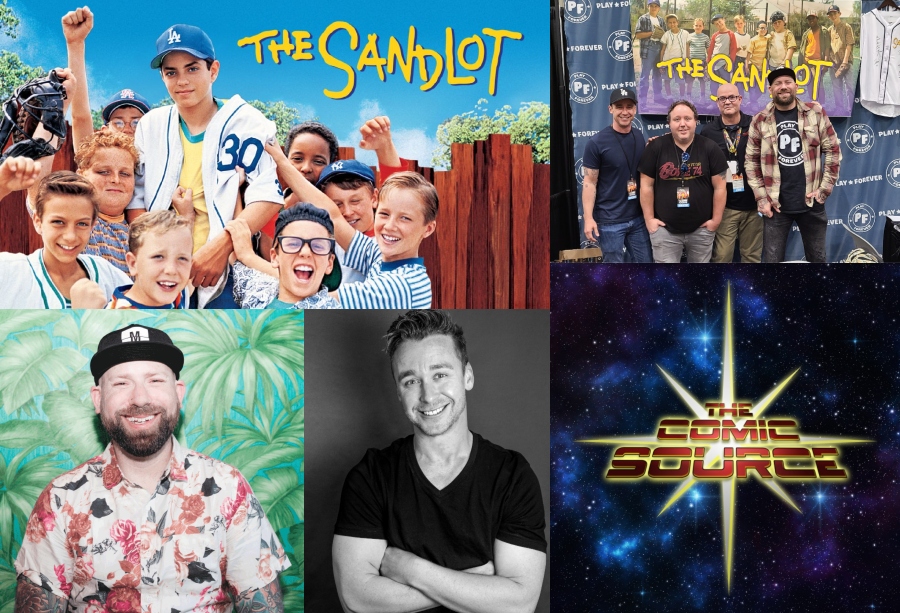 Jace chats with actors Grant Gelt and Victor DiMattia about the iconic movie, The Sandlot. On the verge of it’s 30th anniversary this film is about so much more than baseball. It captures the essence of what it means to be friends and go the extra mile for your team. As the anniversary approaches, Victor and Grant have started a charity, Play Forever, to help give back and ensure that today’s kids have the opportunities to experience those same types of friendships through sports and activities.

Los Angeles, CA – Cast members from the classic 1993 baseball film, The Sandlot, will take the main stage at this year’s L.A. Comic Con, for a panel on Sunday, December 4, 2022 at 1:30pm to announce their new non-profit, Play Forever, and look back at the last 30 years of the classic film. Play Forever is focused on improving access for children to participate in sports, removing financial, community and social barriers that make it difficult, if not impossible for kids to have equitable access to sports throughout their childhoods. Play Forever’s mission is to make sports accessible to everyone, anywhere we can be the most impactful.

Throughout the weekend, members of the Sandlot cast will be dropping by Play Forever’s booth and will be available for signings and photo ops. Play Forever will also have a variety of exclusive signed memorabilia available for auction and for sale, with all proceeds going to support Play Forever. For more information about Play Forever, you can visit https://www.playforever.org and @playforever_org.

Play Forever was co-founded by cast members Grant Gelt, who played the character of Bertram Grover Weeks, and Victor DiMattia who played the role of Timmy Timmons in The Sandlot.

Additional cast members will participate in Play Forever activities, as the group prepares to celebrate the 30th anniversary of the film in 2023.

“30 years ago, circumstance brought a bunch of kids together to create a baseball film, never imagining the impact the movie would have on generations of fans,” said co-founder Grant Gelt. “Now, we want to channel our years-long friendship and the generational impact the movie’s had and use it as an opportunity to get more kids involved in all aspects of sports, regardless of their socioeconomic backgrounds.”

“We have all personally benefited from playing sports, learning valuable life skills and building resiliency through competition,” so co-founder Victor DiMattia.  “If we can pool together the love of The Sandlot, to improve the lives of young people, and level the playing field for kids, it would be special.”

The non-profit was also co-founded by Jacque Williamson, who has over 15 years of experience working in environmental and education nonprofits. Ivan Carter, also a veteran of nonprofit work, will serve as Chief Operating Officer.

Playing the role of “Bertram Grover Weeks” in the film The Sandlot, Grant Gelt is a seasoned music and entertainment industry veteran with a 20+ year career spanning artist management, creative services, brand, and technology sectors.

Gelt is the Co-Founder and Chief Strategy Officer for Masscult, a creative agency based in Nashville, TN, amongst other consumer products, technology, and hospitality ventures.

Victor DiMattia played the role of “Timmy Timmons” in the iconic 1990s film The Sandlot. His experience acting in films as a youth led him on a journey in the entertainment industry, as a musician, actor, and trained film director. Today, Victor works as the Director of Web3 Initiatives for Masscult.

Victor is a lifelong sports fan, having played ice hockey growing up, and is an avid fan of football, baseball, and basketball.