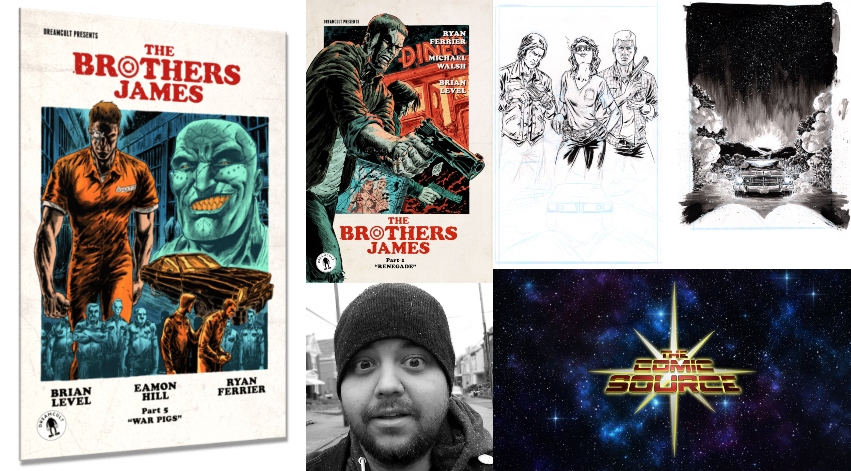 Go PLEDGE and become part of The Brothers James campaign

Jace chats with comic creator Brian Level about his current Zoop Campaign The Brothers James. A series nearly ten years in the making, this campaign finishes off this gritty, visceral revenge tale set in the South and starring two brothers who don’t take crap from anyone. The campaign is already funded so you are guaranteed to get the book. Join the guys to hear what the story is all about and hear about the evolution of the series over time.