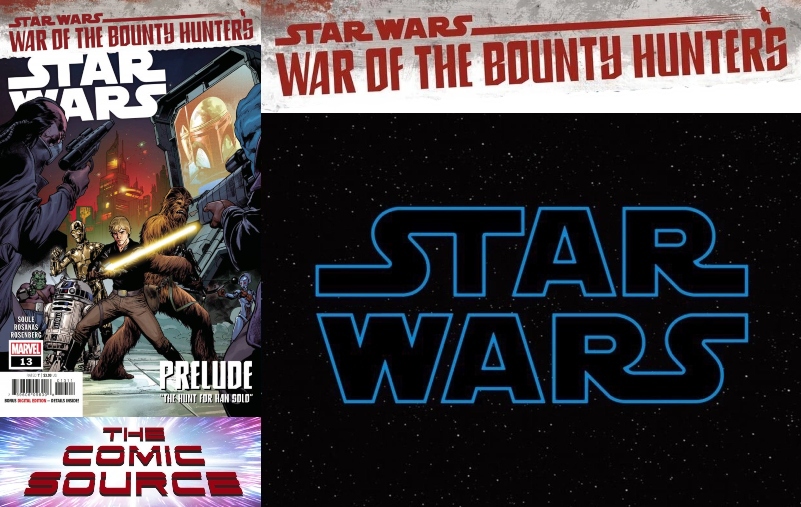 Jace and Manny talk about Star Wars #13 – War of the Bounty Hunters Prelude. This is the second part of the epic story that fills in some gaps in the Star Wars universe. Not only is writer Charles Soule exploring what happened to Boba Fett after he left Cloud City to deliver Han Solo to Jabba the Hutt and collect his bounty, we get our first hints in this issue of the Jedi lessons Luke Skywalker learned after the end of the Empire Strikes back and before he showed up at Jabba’s Palace himself claiming to be a full Jedi Knight. The clues in this story along with the return of a fan  favorite Wookie are very much welcome and help to enrich the story and the Star Wars universe. The art & colors are perfectly suited to the style and tone of the narrative which matches the feel of the original movies so well. The whole creative team is firing on all cylinders here.