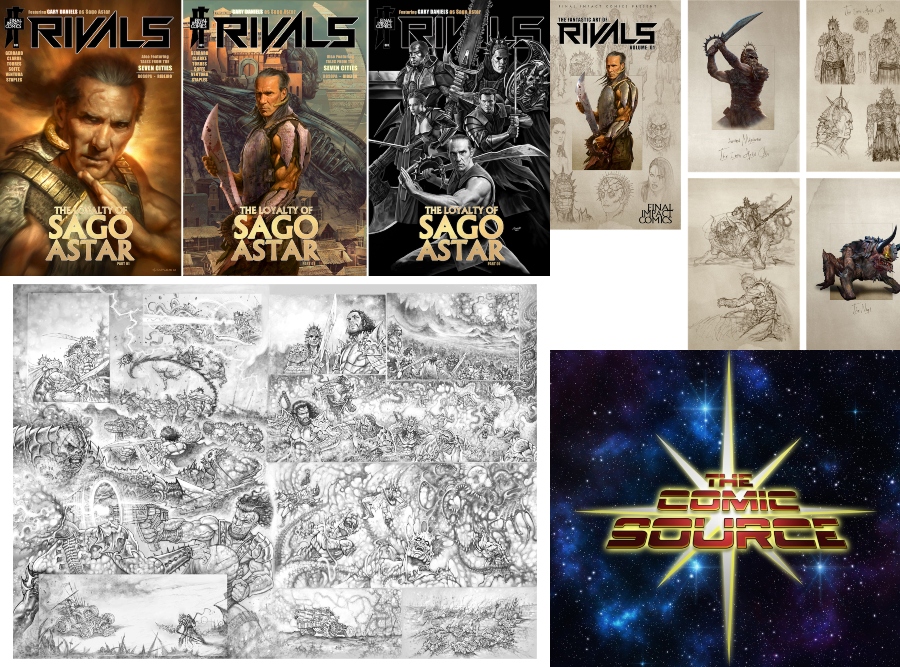 Rivals Campaign on Zoop with Mike Clarke and Paul Gerrard

Go PLEDGE and become part of the Rivals campaign

Jace chats with the co-creators of Rivals, Mike Clark and Paul Gerrard. An epic post-apocalyptic world has been thrown back to it’s technologic dark ages by terrible phenomenon called Ghost Storms, amidst the ruins of this once advanced civilizations warring factions vie for survival and power. Gorgeous art and an intriguing start to the story await anyone who joins the campaign for the first issue.

NOW IN EARLY DEVELOPMENT AS A LIVE ACTION TV SHOW

In a savage post apocalyptic world where the gun has been replaced with the sword, the bullet replaced by the fist, two opposing characters from opposite worlds are forced to work together to save the people they love.

Fans of martial arts and violent action-packed comics will find everything they want from a comic book with RIVALS, starring none other than 90s action movie legend, Gary Daniels.

Two warriors, an elite royal guard named Sago Astar (Gary Daniels), and a low level street thief called Bizon, must fight for survival across dusty wastelands, shanty towns, and armoured citadels. The seven regions of planet Alter are desolate, brutal, and inhabited by weapon-fused warriors, maniacal cult leaders, and mind altering creatures. Some clans will become extinct, whilst others victorious in a never ending battle for supremacy. Pick your side!