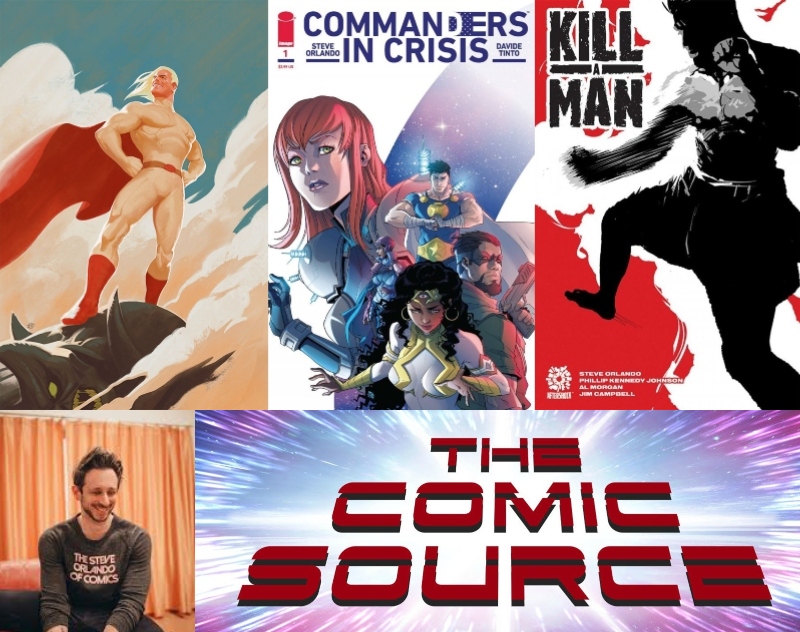 Jace chats with writer Steve Orlando about his upcoming AfterShock title Patron project. What happens when the world’s most beloved superhero seemingly returns being killed by a terrible foe, but that return is actually a conspiracy to trick the world into thinking the hero survived? That question only scratches the surface of the complicated & intriguing premise Steve is exploring in this upcoming AfterShock title. Plus Jace and Steve talk about the AfterShock original graphic novel Steve co-wrote with Phillip Kennedy Johnson featuring art by Alec Morgan, Kill A Man. A powerful and personal story, the guys get into the collaborative process with Steve explain how the ending was specifically a part of that collaboration. Finally, Steve talk about his Commanders in Crisis series from Image and how it celebrates comics while exploring some relevant themes.