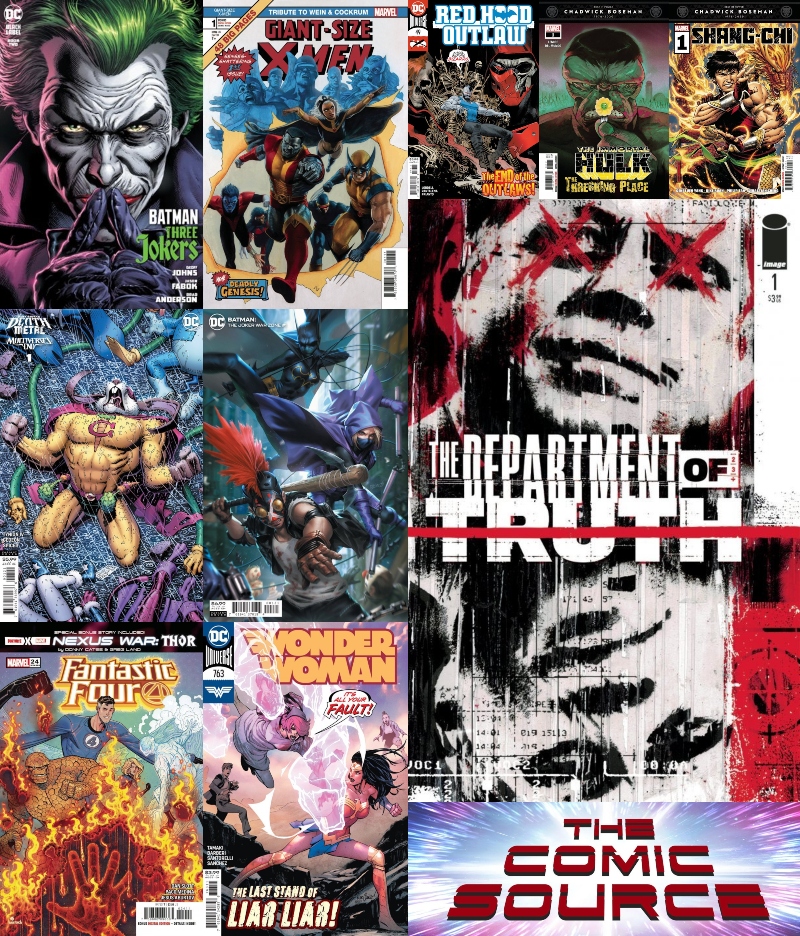 Jace and Manny talk about some of the books hitting comic stores today. Department of Truth by James Tynion IV and Martin Simonds far and away is the best of the bunch and a worthy choice for Book of the Week. We get the second installment of Three Jokers but we don’t get a whole lot more answers. How do we feel about the first arc of Wonder Woman finishing up? Len Wein gets a tribute issue re-presenting Giant Size X-Men #1 that is super cool. Joker War Zone gives us a view into Gotham through the eyes of some other Batman family, while Death Metal: Multiverse’s End recaps the various crisis’s of the DC Universe. Shang Chi returns in his own series while Red Hood’s title is coming to a close. Also Jace runs down some other titles you may want to be on the lookout for.