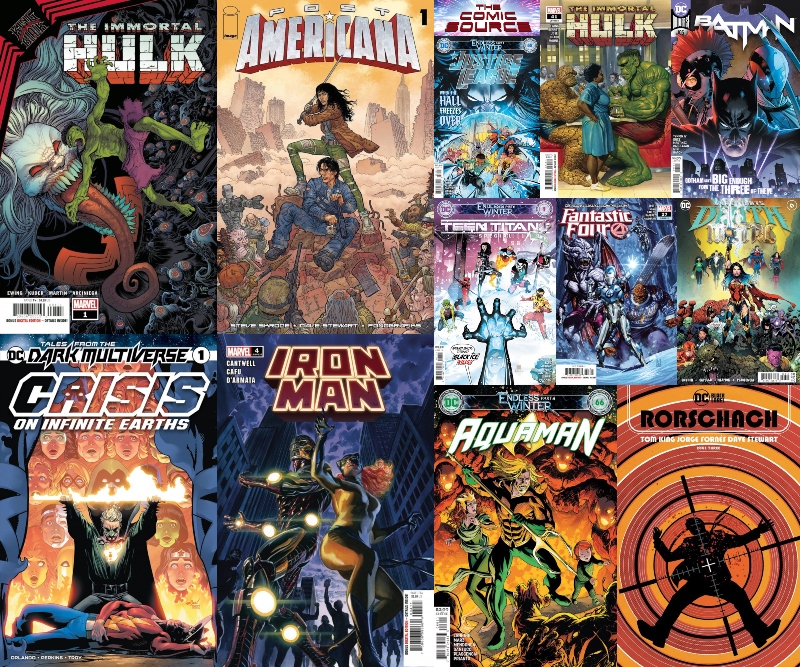 Jace and Manny go over some of the titles hitting stands the week of December 16, 2020. Spoiler-free reviews of a lot of books including the three latest chapters of DC’s Eternal Winter storyline. Manny gives his thoughts on what’s really working for him in Rorschach and Death Metal. However, he expresses some disappointment with the end of the latest Batman arc. The guys both thought Post Americana was messy in all the best ways. Jace loves that Dan Slott is returning the Fantastic Four to their adventure-some roots in issue #27 and he also thinks that Immortal Hulk is revving up for lots of action based on what he saw in issue #41. Christopher Cantwell is continuing to take Tony Stark back to basics in Iron Man #4 and Jace thinks Al Ewing and Aaron Kuder created a masterpiece with Immortal Hulk King in Black #1, it’s everything sequential storytelling should be.