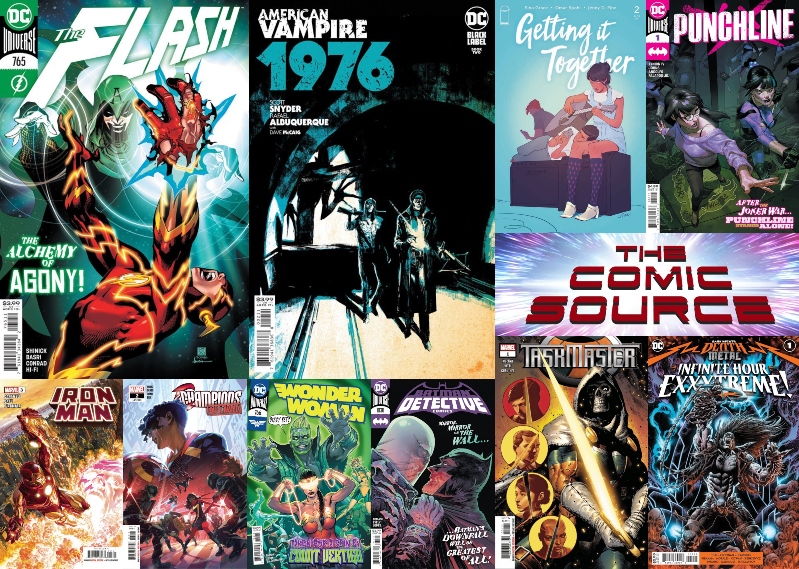 Jace and Manny give their spoiler-free thoughts on some of the new release for the week of November 11th. Has Wonder Woman finally found it’s stride? What did the Punchline one-shot and Champions 32 have in common? How is Christopher Cantwell getting back to the roots of Iron Man in the new series and how is the third issue such a great example of that? How did the first issue of Taskmaster hit the ground running and will Lobo fans get a kick out of his Death Metal one shot? Also why did Manny pick American Vampire 1976 #2 as his book of the week and what about Jace’s pick of Flash? All this plus some talk about Brian K Vaughn’s Ex Machina and DC’s plans beyond Future State. It all wrapped up with a rundown on some of the other titles hitting stands today that you will want to check out.