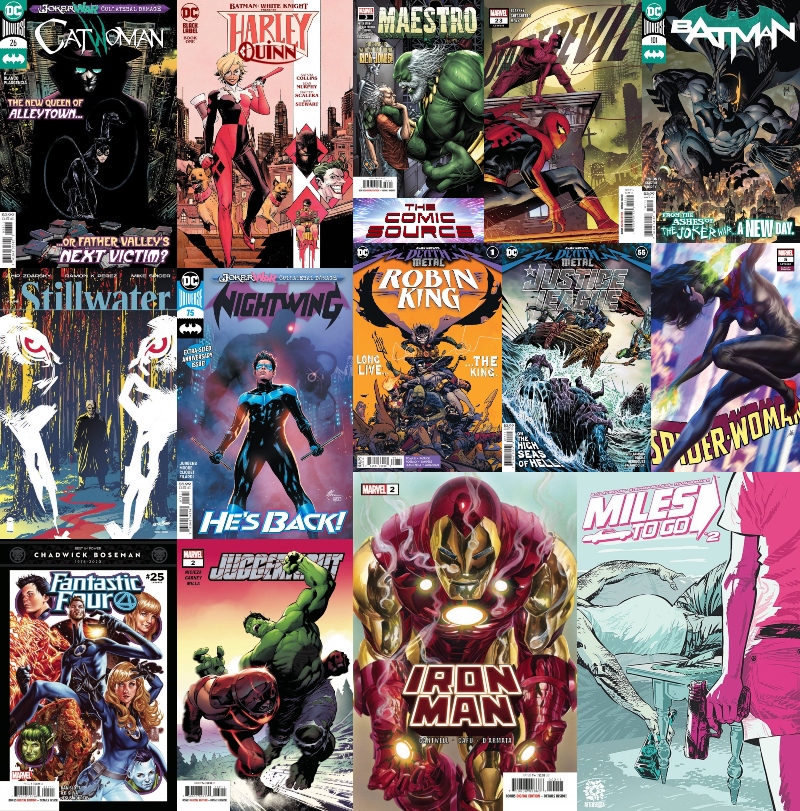 Jace looks at a ton of books hitting stands today. Tony Stark is getting back to basics and it is reminding Jace of one of his favorite eras of Iron Man ever. Speaking of back to basics, what is James Tynion IV doing with Batman now that the Joker War has ended and will fans like it? We’ve got a great version of Harley Queen from the Batman: White Knight version of the DCU, just what is it that Jace likes so much about her? Miles to go from AfterShock is a real highlight this week, giving us more of the gritty, down to earth crime noir that writer B. Clay Moore is noted for. A couple of Death Metal tie-ins are out today exploring the Robin King and the Death Metal version of the Justice League. Also more Joker war fallout for Nightwing and Catwoman in their respective titles. Jae breaks down the third issue of Maestro and talks about how the series is not what he expected. Fantastic Four #25 and Spider-Woman 100 both celebrate what is at the core of their respective characters and set up interesting storylines going forward. Also Chip Zdarsky does what he does best in both Stillwater #2 and Daredevil #23, explore character dynamics and in turn the draws the readers in as he explores interesting themes. Also Jace gives a rundown on some other titles you may want to be on the lookout for.