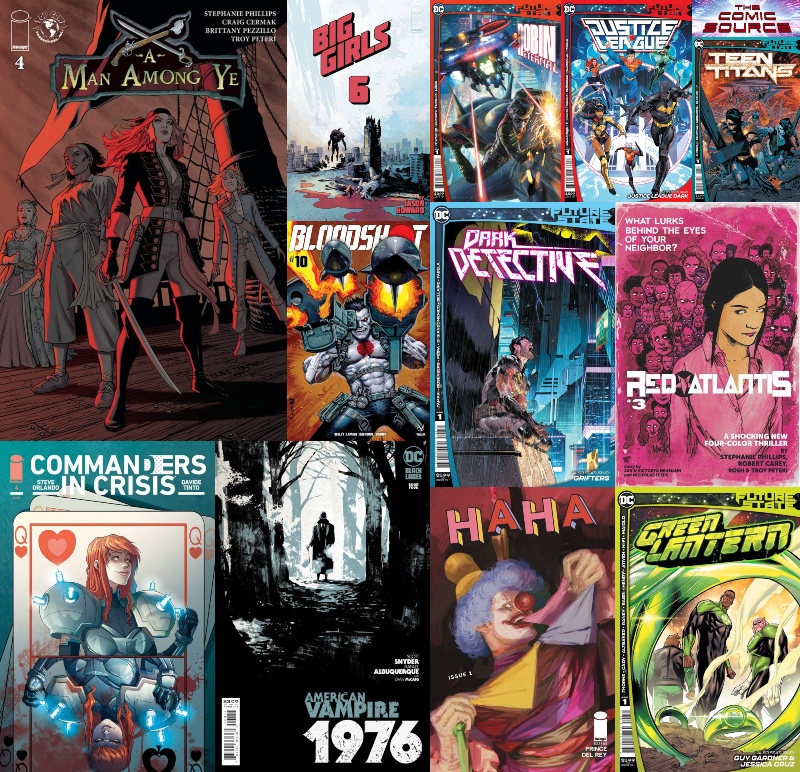 Jace and Manny are joined by fellow LRM contributor Jay Bradshaw to chat about some of the titles that are hitting stands the week of January 13, 2021. The guys talk about several Future State titles which are a bit of a let down overall. Manny and Jay really enjoyed the debut issue of HaHa though, from the same writer who brings us Ice Cream Man, W. Maxwell Prince. Manny is although thoroughly engaged with the story Scott Snyder and Rafael Albuquerque are unraveling in American Vampire. Jay talks about the end of Big Girl, which despite slightly predictable, was immensely satisfying. Meanwhile the Jessica Cruz story in Green Lantern was a huge hit with Jace, as was Commanders in Crisis #4 and Red Atlantis #3 which was action-packed. Jace book of the week, like Red Atlantis, was also written by Stephanie Phillips. A Man Among Ye from Top Cow, Phillips and artist Craig Cermak, lived up to the title and surpassed all expectations.