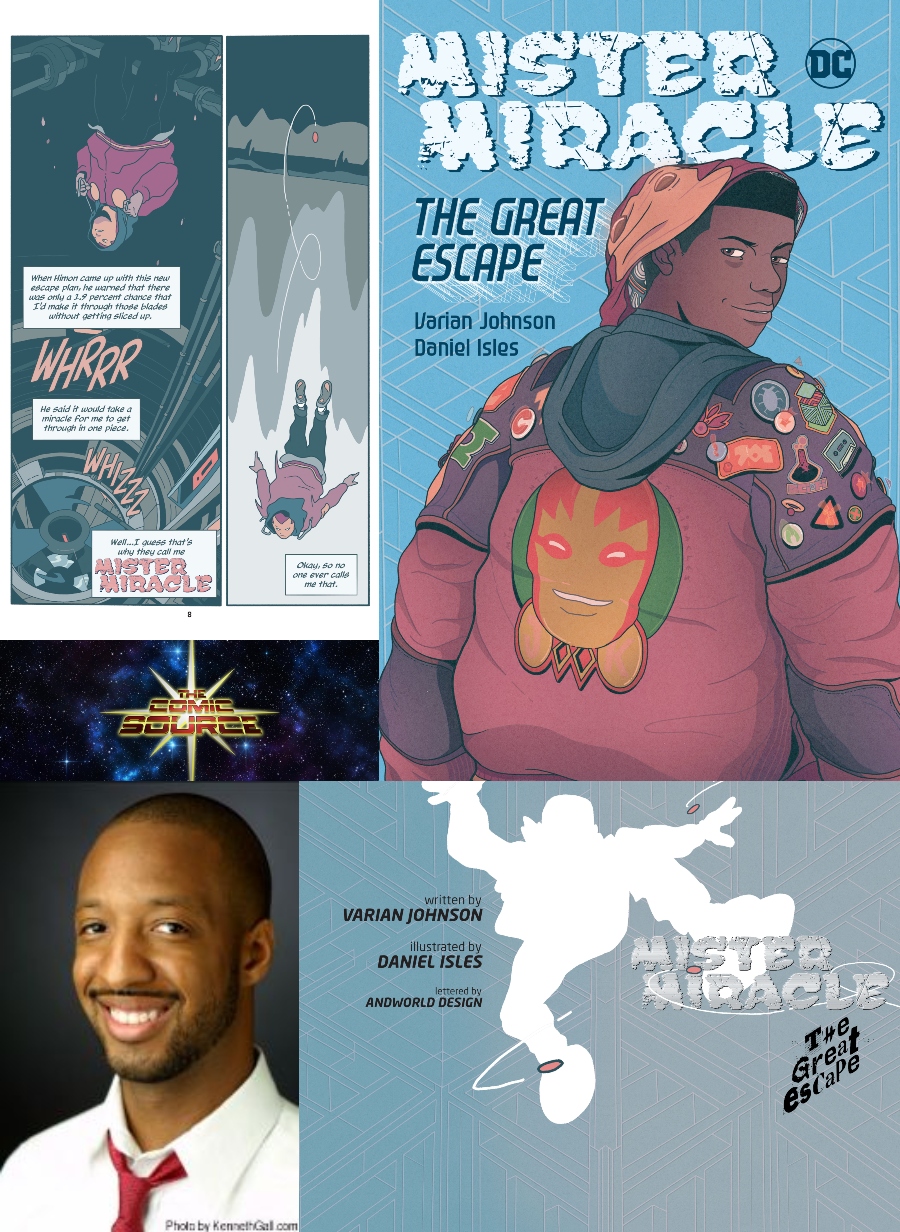 Jace chats with writer Varian Johnson about his recently released Young Adult Graphic Novel, Mister Miracle: The Great Escape. Varian talks about his collaboration with artist Daniel Isles and what Daniel’s design sense brought to the project. There is also a lot of discussion about the relatability of the characters in the book as they go through the very formative years of early adolescence. Plus Varian talks about putting his own spin on the classic Jack Kirby creation, Scott Free.

Varian Johnson is the author of several novels for children and young adults, including The Parker Inheritance, which won both Coretta Scott King Author Honor and Boston Globe/Horn Book Honor awards; The Great Greene Heist, an ALA Notable Book for Children and Kirkus Reviews Best Book; and the graphic novel Twins, illustrated by Shannon Wright, which won a BCALA Children & Youth Literary Award for best graphic novel and was named an Eisner Award nominee. Originally from Florence, South Carolina, he received an MFA in writing for children and young adults from Vermont College of Fine Arts and is honored to now be a member of the faculty. Varian currently lives outside of Austin, Texas, with his family.

Daniel Isles is a professional artist committed to artistic practice, observation, themes, and expression to create entire worlds of his own. His unique illustration style has been used within many industries including fashion, music, authorship, and technology. He has worked and collaborated with Apple, DC Comics, Sega, Mighty Jaxx, Kidrobot, Timberland, and Owsla.