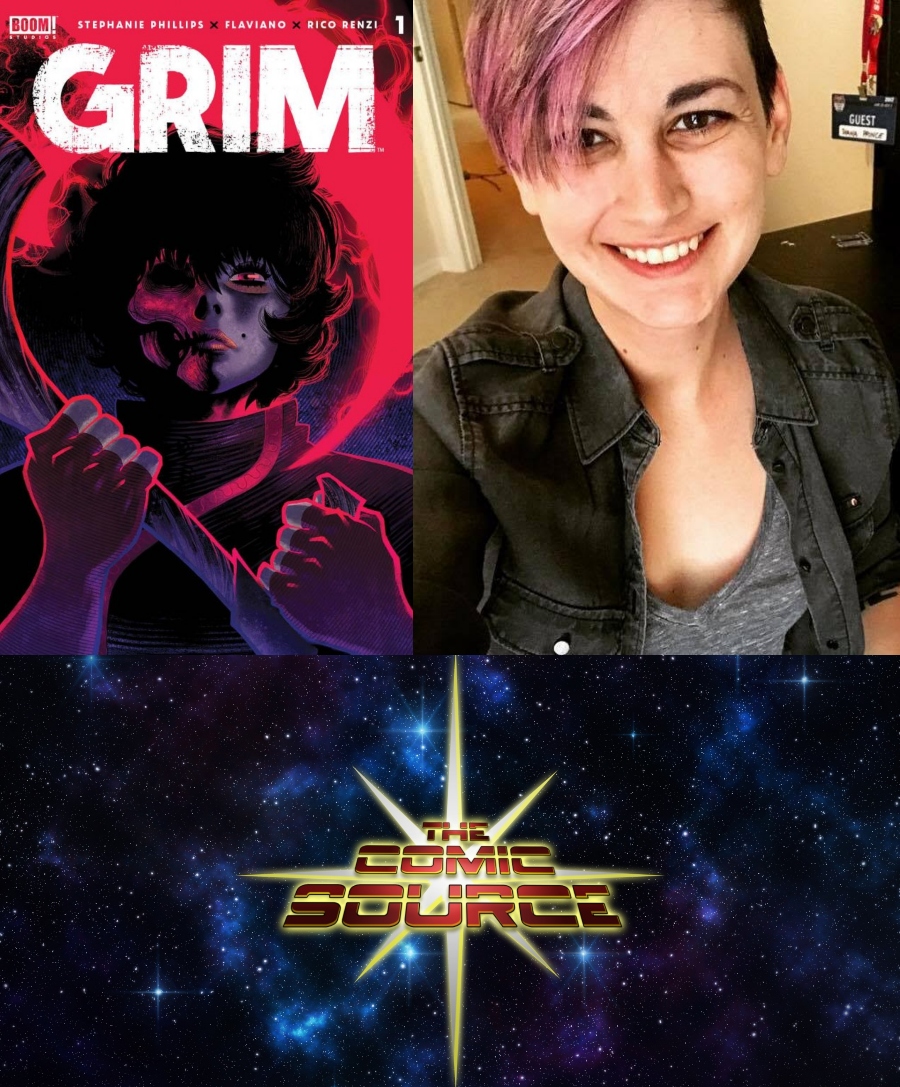 Stephanie Phillips returns to the show to chat about the debut of her hit series from Boom! Grim tells the story of a Reaper named Jessica Harrow and the mystery surrounding her demise. Even as there is a greater mystery to solve, Jessica tries to navigate the afterlife while guiding souls from the realm of the living to the dead. Plus Stephanie gives some insight into her recently concluded Comixology series, We Only Kill Each Other and there’s Harley Quinn & Wonder Woman talk too!