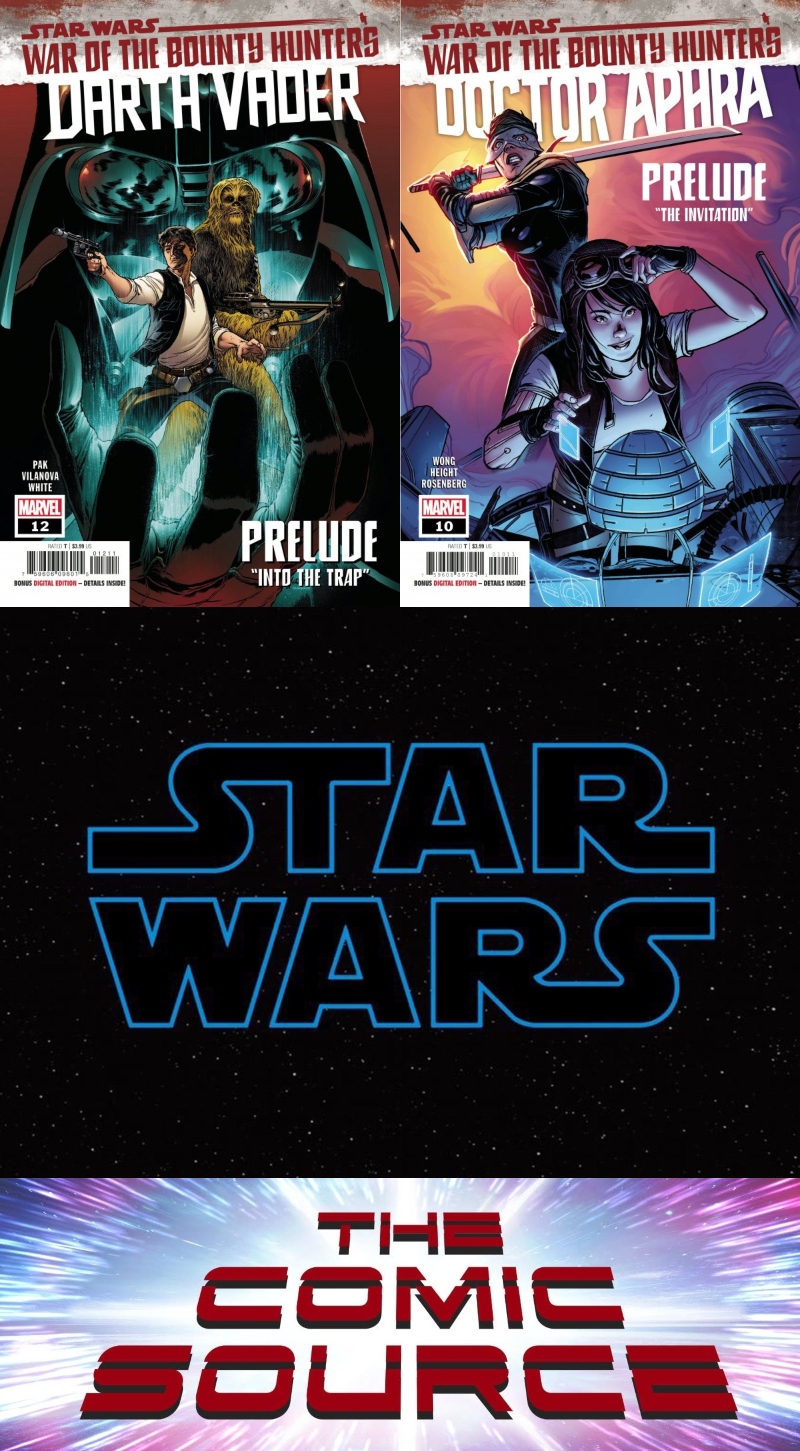 War of the Bounty Hunters Prelude

Jace and Manny talk about the last two prelude issues for the Star Wars War of the Bounty Hunter event. We check out Doctor Aphra #10 and wonder how the events of that book and the characters are going to collide with Boba Fett, Han Solo, Darth Vader and all the rest of the bounty hunters caught up in this intricate collision course of a story. Darth Vader #12 is a much easier narrative to predict as it adds so much to the canon of the original fil trilogy in it’s examination of how Vader sees Han Solo. A constant thorn in Vader’s side, it is never more apparent than in this comic how much Darth Vader wants Han to pay for the times he has thwarted the Sith lords plans or helped Luke out of harms way.