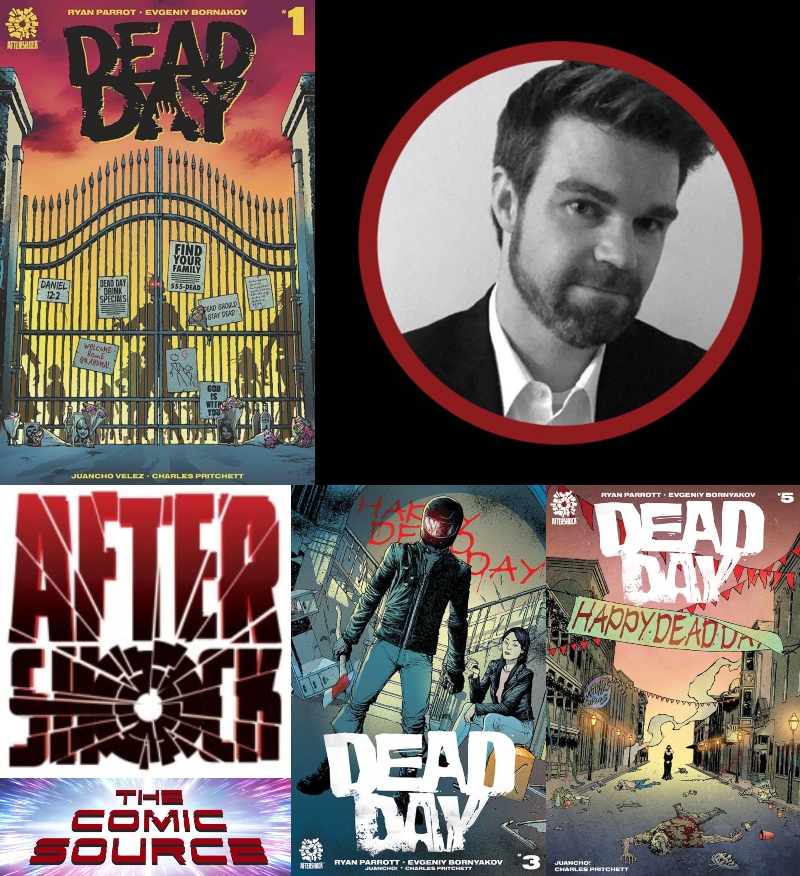 Jace chats with writer Ryan Parrot about the incredible AfterShock series Dead Day. It starts with such a simple question, what would you do if your loves ones got to come back from the dead for one night? From that simple question comes a world and story with limitless possibilities, from the ideas of righting wrongs to taking revenge to having a chance to say goodbye. It is such a huge idea because not only are there consequences for the dead, there are so many implications for the living. It could fundamentally change the moral contract of society. You know how much we love comics that make you think and Ryan has does that here in spades. All this and we haven’t even mentioned the story that we are given in the context of this world, that highlights chances for revenge, what obligations the living might feel for those who’ve passed, the idea of coming back to see your legacy and finding a way to truly rest in peace.