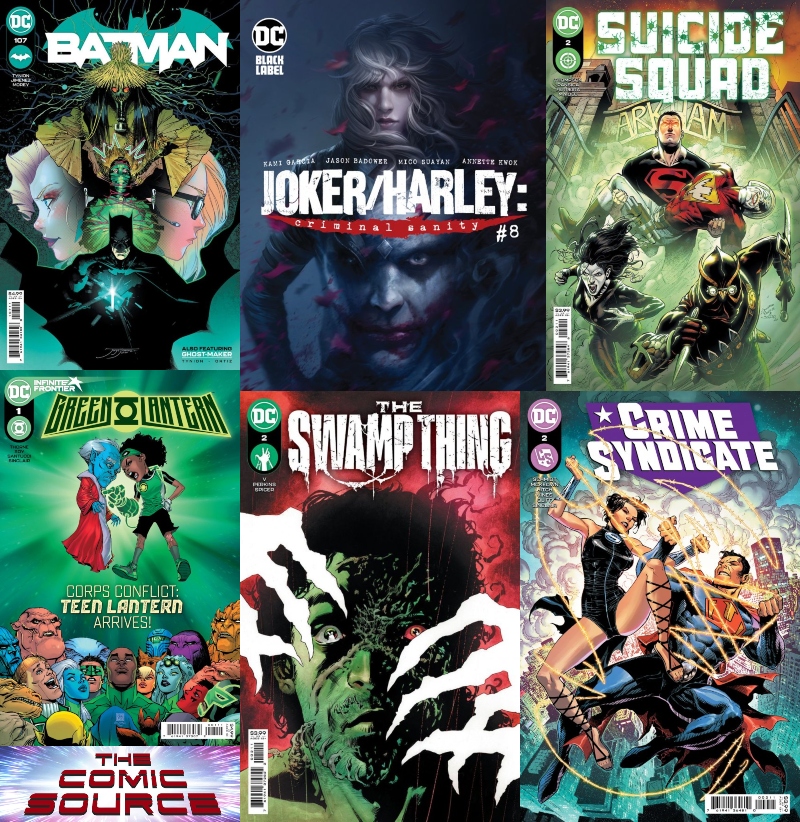 Jace and Rocky are back to talk about the DC titles from April 6, 2021. Be warned they talk in-depth and there are spoilers. They kick it off with Crime Syndicate #2 and it has some good things going for it, but it may work better for some than others. The same can be said for Batman #107 but that has a lot to do with what we saw in Future State. Suicide Squad continues to be very good and on the strength of #2 both guys are in on issue #3 for sure. The most divisive title of the episode is Green Lantern #1 which one of the guys enjoyed and the other most certainly did not, it will be interesting to get fan reaction on this one. Meanwhile Swamp Thing continues to be a technically stellar comic that will likely satisfy long-time fans of the character with the narrative in Issue #2. Finally we finish up with Joker/Harley Criminal Sanity #8 as this incredible series heads towards its conclusion the guys speculate on whether this may go down as a definitive run of Harley.