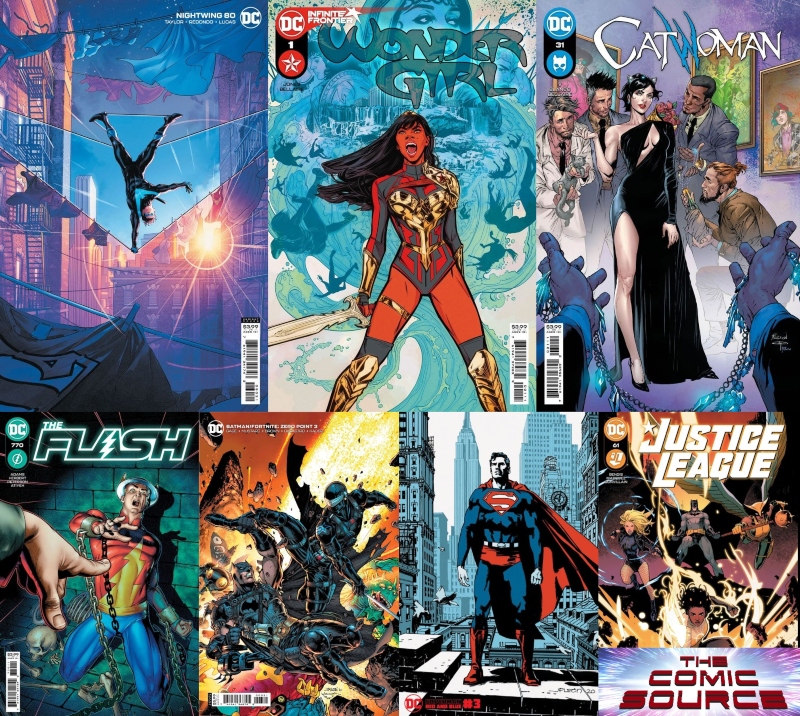 Jace and Rocky from Comic Boom! talk about the DC offerings for the week of May 18, 2021. Before they dive into the comics hitting shops this week, there is a ton of talk about the recent news that AT&T is spinning of Warner Media and will no longer be involved in the day-to-day operations of the company. A lot of what might happen is pure speculation at this point, but with over 80 years of experience following the industry and it’s ups and downs, the guys make some educated guesses on what may come next. Meanwhile, Nightwing and Catwoman continue to be the two best books DC is putting out. Both books this week offer interesting narratives and absolutely stunning art. If you aren’t reading these two titles, we don’t know if you can accurately call yourself a DC fan. Wonder Girl #1 is also an inspired debut with a relatability & vulnerability to Yara Flor that we haven’t see before, but really enjoyed. Batman Fortnite Zero Point #3 gives fans everything they could ask for in a Batman vs Snake Eyes fight as their combat takes up nearly the entire issue. This series continues to be a lot of fun. Speaking of fun, Flash #770 is a ton of fun with it’s wild time travel/speed force story. Plus Wally West/Jay Garrick gets to punch Hitler! Also we have to mention that the Jack Herbert art is stunning. Superman Red & Blue #3 is very much worth your time as some lesser known creators show they have what it takes when it comes to showcasing the emotion of the Man of Steel. Over in the pages of Justice League, we also get great art and the guys are intrigued by the story playing out for the League. Mostly they really want the back-up story starring Justice League Dark to have it’s own title as the narrative is very much worthy of it’s own book.