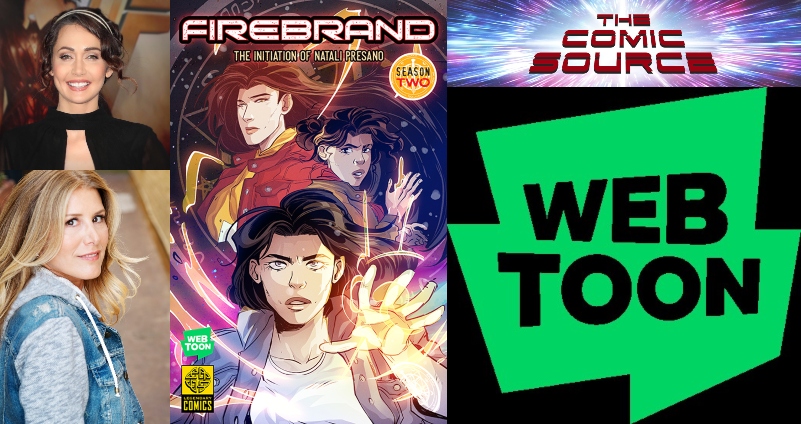 Check out Firebrand on WEBTOON

Erika Lewis grew up in Alexandria, Virginia, where she spent most of her childhood riding her dirt bike through Fort Ward, the Union Army Civil War stomping grounds.

She graduated from Vanderbilt University. She went on to earn a Master Degree from Georgia State University and an Advanced Certificate in Creative Writing from Stony Brook University.

GAME OF SHADOWSis her debut novel from TOR/Forge Books, an imprint of Macmillan Publishers. Her first project, a graphic novel, THE 49TH KEYfrom Heavy Metal sold out of its initial printing upon release. Currently in comics she’s writing FIREBRANDwith Jessica Chobot for Legendary Comics, now in its second season. Also with Legendary Comics, she’s writing ACURSIAN with John Barrowman and Carole Barrowman.

Lewis resides in the sunshine state of California. When she’s not chained to her laptop, she’s usually playing with her big fluffy Golden Retriever, or running, or at one of the bookstores or comic shops by her house. And always drinking coffee.

Jessica Chobot is a host for the Nerdist News, Mothership, and Bizarre States. She is formerly a host at IGN and G4 and is a notable expert in the tech & video game industries. Also formerly of G4, Erika Lewis started in television production.

Claudia Aguirre is a comic book artist worked in every facet of the comic industry and has self-published four independent graphic novels under the seal of Boudika Comics. Her past work includes illustrating games and apps, but her primary focus is creating quality, inclusive, and diverse comics.