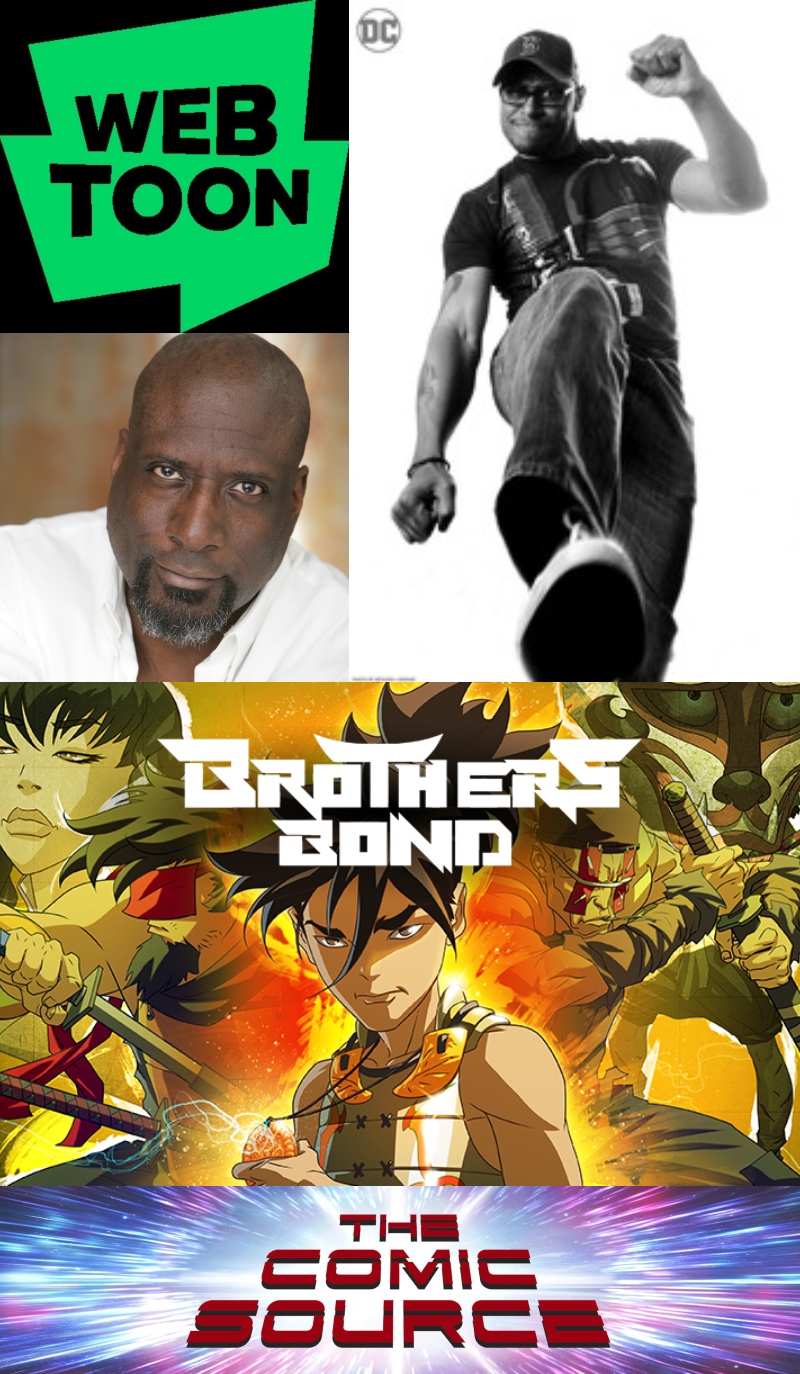 Check out Brothers Bond on Webtoon

Jace chats with the creators for Brothers Bond, an Eisner Nominated Digital series from Webtoon.

Ryan Benjamin began his professional comic book art career with Image Comics in 1994 which branched off into Wildstorm Comics and continued working with Marvel, DC, DarkHorse, Acclaim, and Valiant Comics. Many years of working with Jim Lee, Whilce Portacio and Marc Silvestri, his path as a professional comic artist lead him to work on top-selling comics like Brothers Bond (2018 Eisner nominated), WildCats, Grifter, Uncanny Xmen, Star Wars, Spawn, Captain America, Iron Man, Grifter/Midnighter, Batman, Batman Beyond(#1 in the NY Times), Wonder Woman, and many more. Ryan eventually became a video game 3D artist for 16+ years, with 11 of those years as a senior artist at Sony Entertainment. A variety of his work as an artist/designer can be seen in video games like DC Universe (DCUO), Marvel MOBA games, and Television shows/movies ThunderCats, Ultimate Spiderman, Little Man, Pacific Rim 2, Megaman, and Mech X4.

As an actor, he has been seen in such films as The Mask, Steel, Congo, Tim Burton’s Planet of the Apes remake, and the 2003 vampire vs. werewolf film, Underworld.

Underworld was Grevioux’s first produced writing credit. He came up with the original concept/premise and wrote the original screenplay along with director Len Wiseman, launching the Underworld franchise. He appears in the film himself as a lycan, Raze, and returned as the character in the Underworld prequel Underworld: Rise of the Lycans, which he will also be adapting into a comic book mini-series. He also expressed an interest in telling more Underworld stories in comic form if this proves successful.

Using Romeo and Juliet as an archetype, Grevioux based Underworld on his experiences with interracial dating and the tension that it often causes. He also brought a scientific element to the world of vampires and werewolves by basing vampirism and lycanthropy on a viral mutagen rather than the mysticism typically associated with these two mythic creatures. This idea has been used before Underworld, for example in I Am Legend by Richard Matheson, written in 1954, as well as in the Blade franchise.

Grevioux’s voice is distinctively deep. In the commentary track of Underworld, he relates that during the promotion and launch of the film, many fans asked him if his voice had been altered by computer, and were surprised to learn that it had not been.

Grevioux wrote Marvel Comics’ New Warriors volume 4. Grevioux also wrote Adam: Legend of the Blue Marvel, a character he created years ago as a young teenage comic book fan. The mini series was drawn by Mat Broome and Roberto Castro. He is also in the process of writing a story featuring Lee Falk’s characters The Phantom and Mandrake the Magician, co-written with Mike Bullock. He will also be writing ZMD: Zombies of Mass Destruction for Red 5 Comics.

On December 2, 2009, Grevioux hosted a pilot episode for a concept series, Monster Tracker, on Discovery Channel.

He sold the script for the film adaptation of his Darkstorm Studios graphic novel, I, Frankenstein, to Lakeshore Entertainment, which also produced the Underworld films. The story follows the original monster of Victor Frankenstein who is the only force that stands between the human race and an uprising of supernatural creatures determined to overthrow the world. Filming began on February 27, 2012