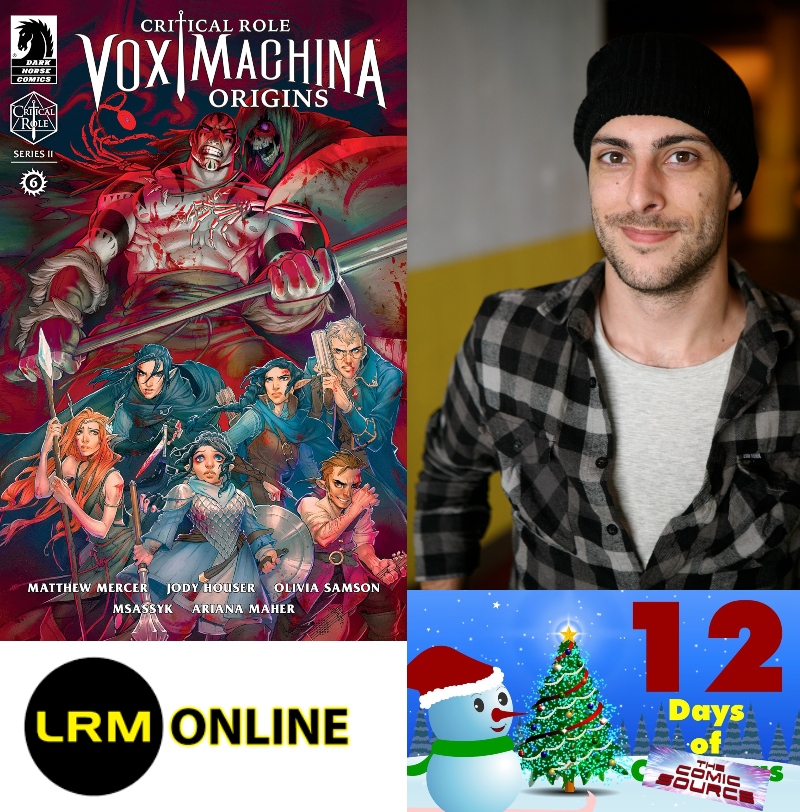 The 12 Days of The Comic Source

LRM Online’s Emmanuel Gomez talks with comic book creator Chris Northrop. During the interview we talk about his vital role in bringing Critical Role’s Vox Machina Origins series to Dark Horse. As well as his past and upcoming projects! The world of Exandria is coming to comics. In a partnership between Dark Horse and Critical Role, the beloved weekly web series, is now a digital comic! Exploring the enthralling origins of the Vox Machina team, the comics are written by Matthew Colville (Evolve, Priest, Thief) with interior art by Critter community member Olivia Samson, and coloring and lettering by Chris Northrop. Expect a classic, low-magic fantasy with plenty of snappy dialog. The hardcover edition of collecting series 1 and 2 is now available!