Warning: Creating default object from empty value in /home/customer/www/thecomicsourceblog.com/public_html/wp-content/themes/virtue/themeoptions/inc/class.redux_filesystem.php on line 29
 The Music of Anti-Heroes at WonderCon: The Comic Source Podcast - The Comic Source Blog
Skip to Main Content 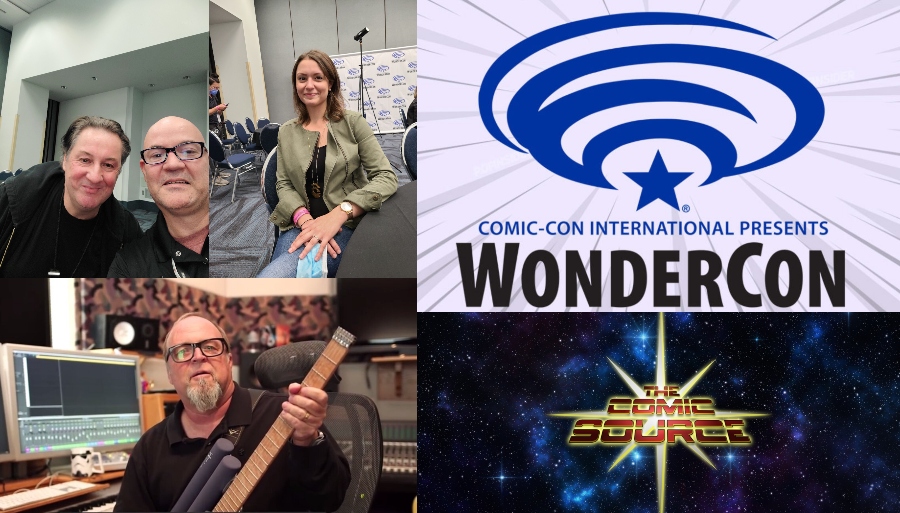 The Music of Anti-Heroes at WonderCon

Jace chats with composers John Murphy, Stephanie Economou and Kevin Kiner about their work and the similarities it has with colors n comics. Both set mood and emotion, plus they set you up for the story beats to come or bring you down after a big moment.

John Murphy
British film composer John Murphy is a multi-instrumental musician. He gained recognition in the film industry while working on films like Lock, Stock and Two Smoking Barrels, 28 Days Later, Sunshine, Kick-Ass, and recently The Suicide Squad. Murphy has worked with some of the industry’s most respected and luminary filmmakers, including Danny Boyle, James Gunn, Guy Ritchie, Stephen Frears, Matthew Vaughn and Michael Mann.

Stephanie Economou
Stephanie Economou is an award-winning composer and violinist. She is the composer of the Netflix TV series Jupiter’s Legacy, the Lionsgate/Starz series Step Up: High Water, the second season of Manhunt: Deadly Games, Assassin’s Creed: Valhalla DLC “The Siege of Paris,” the Netflix series The Chair, and the upcoming LucasFilm/Disney+ documentary feature More Than Robots, among other works.