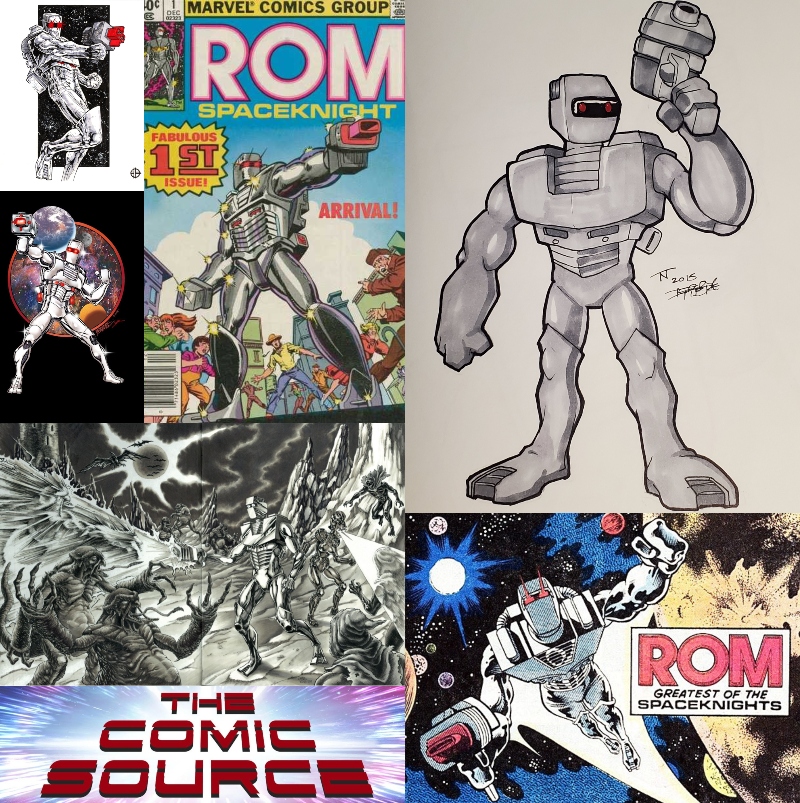 Jace does a quick recap of the classic Rom Spaceknight series from Marvel. This was the series written by Bill Mantlo with the majority of the interior art done by Sal Buscema. The comic was based on the license Marvel obtained from Parker Bros. to create a comic based on the action figure that was the first ever such product from a company that was mostly known as a creator of board games at that time. Although the toy was mostly a failure based on some poor production decisions, Mantlo’s approach, which involved fleshing out a tragic tale of the eponymous hero against the backdrop of a centuries old space war against vile enemies. created an iconic series that lasted for 75 issues and four annuals. Additionally Rom made many guest appearances in other Marvel comics throughout the 80’s. Rom’s never-ending war against his sworn enemy, the Dire Wraiths, had it’s roots in classic science fiction, but it was Mantlo’s reluctant hero, Rom, who really made the series shine. The mourning for his lost humanity, the price Rom had paid for his centuries old battle brought emotion and consequence to the series and its characters. As the threat of this surreptitious alien invasion grew, we saw other heroes from the Marvel universe pulled into the conflict which culminated in a fight for the very survival of the Earth itself. Guest appearances include among others, the Uncanny X-Men, Alpha Flight, Nick Fury and SHIELD as well as the Avengers. Filled with incredible visuals of many spaceknights beyond Rom himself, this is a great example of a classic bronze age title. For the comic fans of a certain generation, Rom remains a beloved character. The series stands the test of time and remains a wonderful read even now.

This spotlight was originally created for The Comic Source YouTube channel and we encourage you to go check it out on YouTube so you can see some of the amazing artwork that was done in this series.