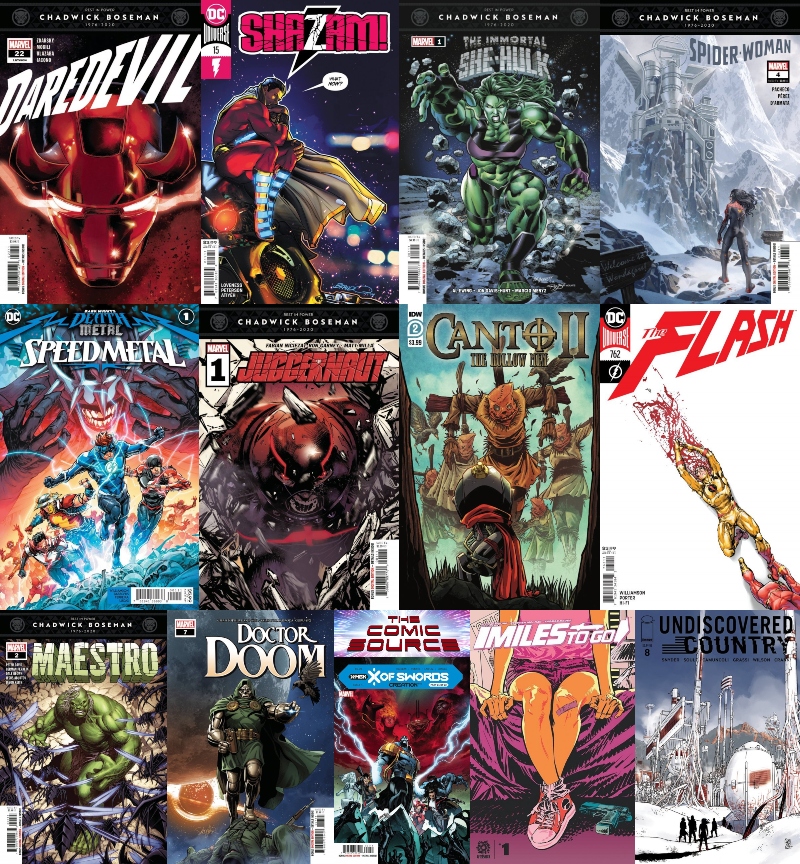 Jace runs down a TON of books that come out today, All spoiler-free thoughts about books from Marvel, DC and a few independents. Just what makes Christopher Cantwell’s take on Doctor Doom so perfect? What was the final issue of Joshua Williamson’s run on Flash all about and what does it have in common with this week’s Speed Metal One-Shot also written by Williamson? Why is Canto such a great bedtime story for kids? Does the second issue of Maestro live up tot he promise of the first? How does the first issue of Juggernaut portray Cain Marko, as a hero or a villain? We’ve been waiting a long time for X of Swords, so does it live up to the hype? Immortal She-Hulk is a must-read for all fans of Immortal Hulk. Daredevil artist Francesco Mobili is a star in the making. Karla Pacheco continues to add the the history of SpiderWoman in the best way possible. Plus Jace covers issues from Image and Aftershock as well. Also he runs down some other titles you might want to be on the lookout for, especially Unkindness of Ravens.