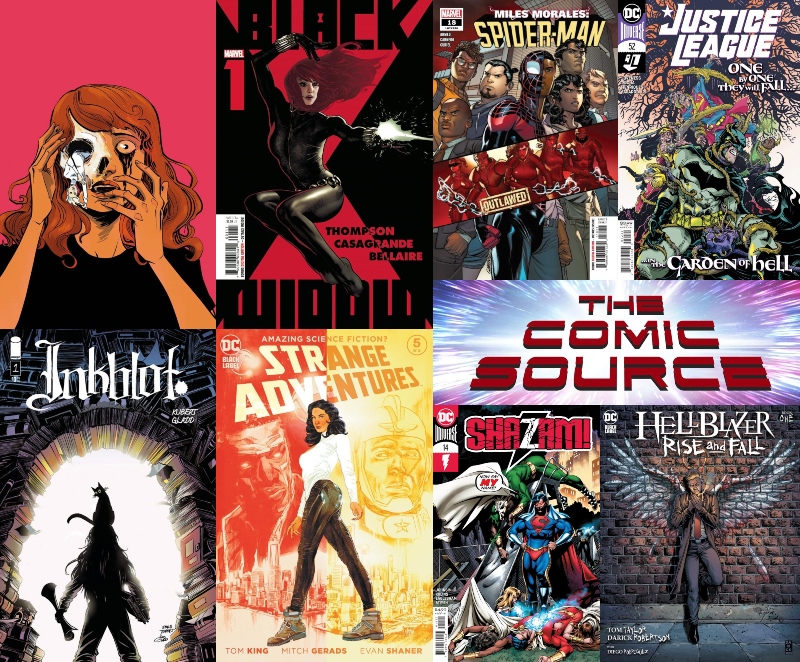 Jace and Manny give you some insight into some of the new comics that are hitting stands this week that they have already read. Falling in love with your phone’s A.I. in Lonely Receiver #1, a new take on Black Widow where a fun, classic villain shows up and a third generation comic creator, Emma Kubert, launches an Image series. The Batman story in Justice League has fascinating ramifications for Bruce Wayne’s future that likely will go unrealized, as will the potential for what might have been with the Shazam title which is ending in this week’s issue #14. Also we get an interesting take on Hellblazer, where it’s all about what we can actually see versus what is implied. Finally Jace gives a rundown on some other titles hitting comic shops today you might want to be on the lookout for.