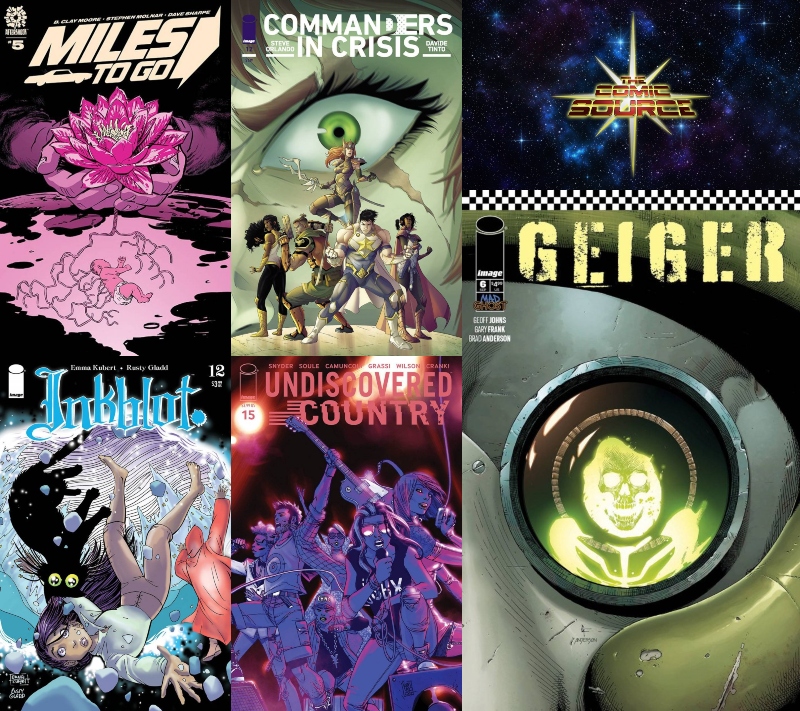 Jace and Jay chat about a few of the books hitting comic shops the week of September 1st 2021. There are quite a few storylines coming to an end in the books they discuss, but many of them show promise for more to come.

Miles to Go #5 – Amara learns why she is being hunted and it isn’t’ just her they want. Her pursuers may want to reassess the situation because if there is anything we know about Amara it is that she is a fiercely protective mother. We can’t see how she will be anythign but even more formidable armed with the information she just received.

Commanders in Crisis #12 – The end of the crisis may not have been the biggest surprise, but this issue still lands with tons of emotional impact. We really appreciate the creative team giving the story room to breath and allowing us to see the impact this event has had on the characters in terms of their lives and relationships. This series has been a celebration of comics throughout it’s run, but even more than that, it has managed to balance that celebration with an interesting commentary on the world outside our window.

Inkblot #12 – Inkblot ends for know as the Lady Seeker eventually finds her way back home is immediately asked to go on further adventures. Will we see those adventures? I suppose only time will tell, but what we do know is this has been a humorous and fun romp so far with the cutest cat in comics.

Undiscovered Country #15 – The Zone of Possibility is starved for new ideas and it is up to the Undiscovered Crew to see if they can solve the problem. As has been doen to them throughout this series though, they don’t know they full truth as the denizens of the zone are intent on their own agenda. We love the real life echoing here of the creative process, the idea that the zone has become bereft of new creativity because of their isolation and lack of new stimulation to foster new creativity is very meta.

Geiger #6 – We reach the end of Tariq Geiger’s adventures for now, but the haunting quality of the character & narrative we got in this first arc will have us carryign Tariq along with us for a very long time. Also the line & color work from the creative team brought a perfect melancholy feel to the story that so perfectly captured the subtext of who Tariq is. We can’t wait until we get more stories of Tariq and what has us even more excited is the news we get in this issue of many more characters and stories set in this new universe that Geiger inhabits.

Almost American #1 – True life story of Janosh Nuemann and his wife Victorya, Russian intelligence operatives who are forced to leave it all behind and defect. Is the American intelligence community any better though? When you’ve lived your life in a world of lies, spies & subterfuge, who can you trust?