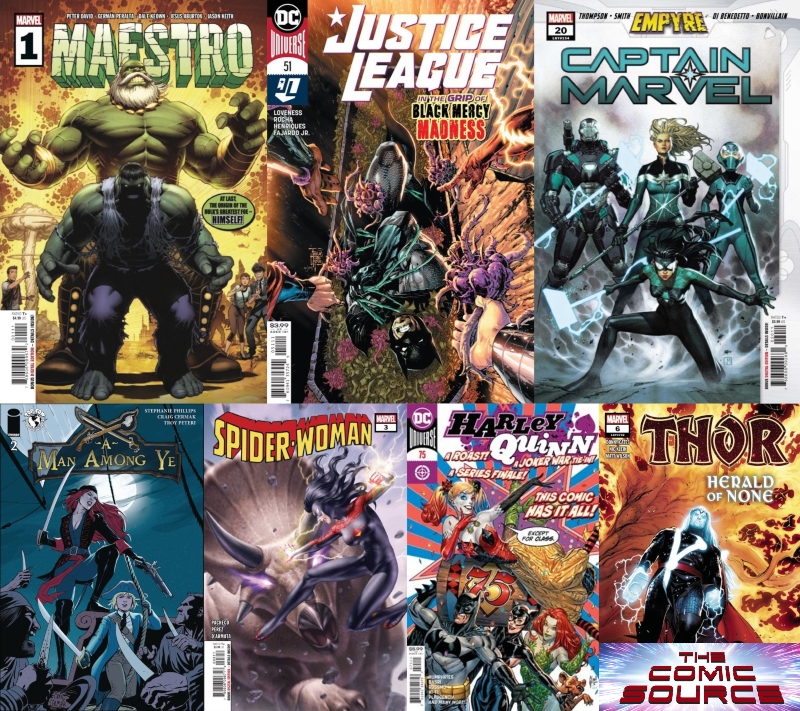 Jace gives a spoiler free look at some of the titles hitting stands today. As well as rundown of some other issues you may want to be on the lookout for. Our book of the Week is Maestro #1, as Peter David begins to tell the story of the Hulk taking his first step on the path to becoming the evil tyrant of the future, Maestro. We expect this to be a heartbreaking and tragic look at a hero faced with impossible decisions slowly succumbing to circumstance. The German Peralta art is so smooth and reminiscent of the Dale Keown/Gary Frank era of the book which perfectly fits the tone of the title. Both Captain Marvel and Spider Woman are strong this week, from writers Kelly Thompson and Karla Pacheco respectively. Fun-filled, fast paced female action that we really enjoyed. Spectacular art in both of those issues as well. The same can be said for Top Cow’s A Man Among Ye, as writer Stephanie Phillips explores the adventures of the real life female pirates Anne Bonny and Mary Read. Over on the DC side of things we have a birthday celebration for Harley as the series comes to a close with #75 and the Justice League comes face to face with the terrifying parasite Black Mercy in a story by Jeff Loveness and Robson Rocha.