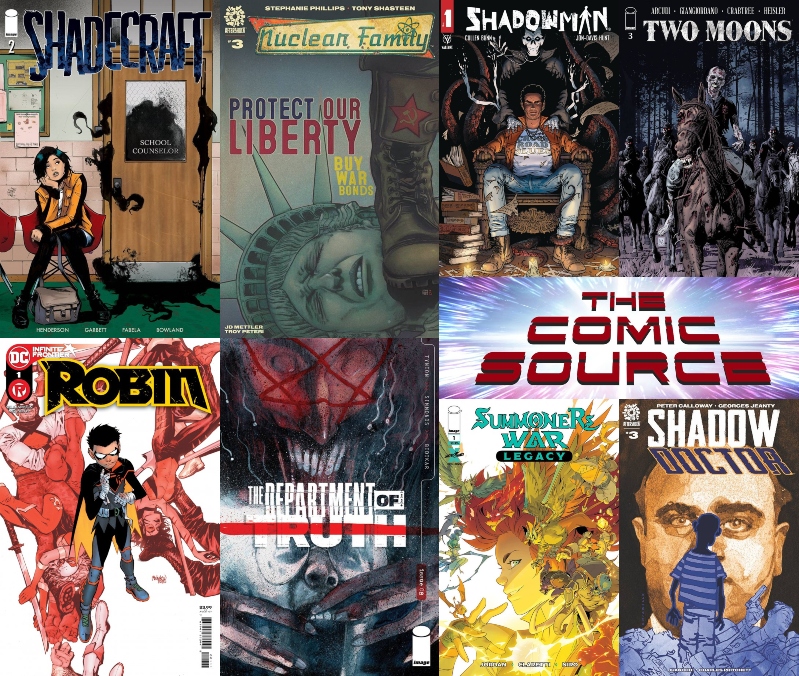 Jace and Jay talk about a few of the books they have read from the week of April 28, 2021. They both choose Shadecraft #2 as their Book of the Week as the second issue gives us a big chunk of story and really highlights the relationship between Zadie and her brother Ricky. This creative team pulled us in with a compelling and mysterious premise in the first issue and now they are giving us substantial characterization and momentum for the narrative to keep is hooked. Summoner War Legacy is a mix of animation style art with RPG themes and really works as a fun read with a world to be explored. Meanwhile Two Moons #3 gives us more spectacular art with some interesting characters in a period piece that makes so much sense. Shadowman #1 starts a new adventure for Jack Boniface and it feels like a fresh start, whether it will ultimately work remains to be seen. Shadow Doctor #3 has us exploring the past of Nathaniel while he deals with a crisis in the present wherein his decisions have everything to do with what he is learning in those past glimpses we see. Nuclear Family #3 gives us our first close look at the McClean children who are not waiting around to be rescued but instead are trying to find the answers to where they are and the time travel mystery they have been thrown into. Over in Department of Truth #8, after having spent the last few issues exploring the origins of the department, we are back on to the main narrative and building momentum for something big. Also Jace gives a rundown on what other titles you might want to be on the lookout for today.