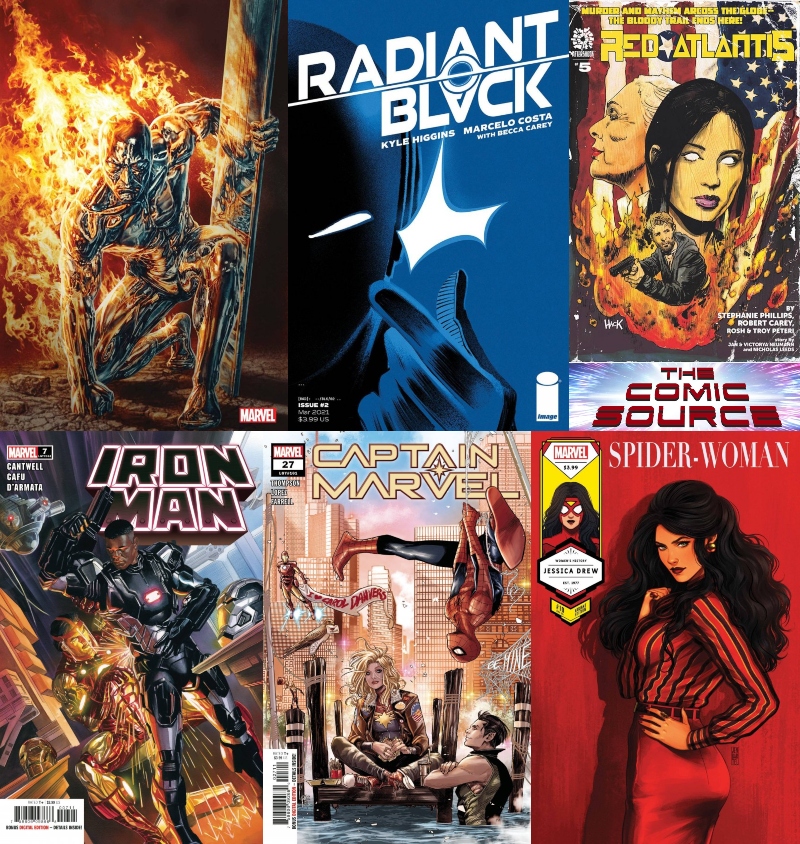 Jace takes a look at some of the titles hitting stands this week. Marvel #6 has an incredible story from Lee Bermejo about the Silver Surfer which has breathtaking art. Radiant Black’s second issue brings even more character development for our hero Nathan as he starts to learn how to use his powers while at the same time takes the first steps towards finding out where they might come from. Red Atlantis #5 ends that AfterShock series & the story leaves us wanting more with these characters & ideas. Iron Man #7 is fantastic as Tony Stark & his eclectic groups of heroes try to chase down Korvac before he can reach Galactus’s ship. Captain Marvel & Spider-Woman both continue to showcases two of the most interesting and relatable characters of the Marvel universe. Although Carol Danvers & Jessica Drew are not without their flaws, the fact that they overcome those and still are heroes makes them that much more amazing. All this, plus Jace gives a rundown on some other titles you might want to be on the lookout for.