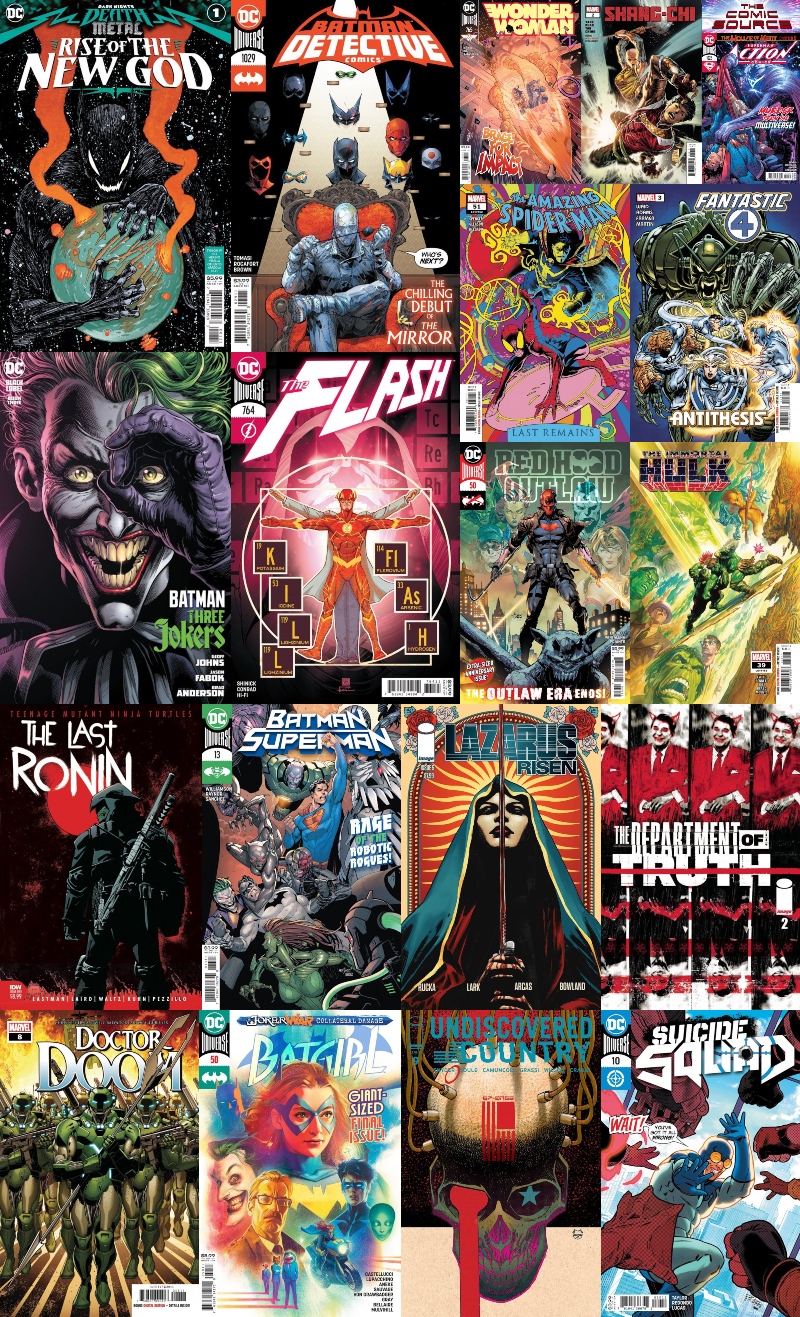 Jace and Manny talk about a record 19 books they have read from this weeks new comic releases. Lots of spoiler-free talk about the end of 3 Jokers, did it live up to the hype? Also how does Kevin Shinick do the second time around on Flash? How does Manny feel about one of his favorite titles ending, Red Hood? Batgirl is also coming to an end and the guys talk about that and how it ties into Joker War, and Detective Comics also gives us some of the fallout from Joker War and introduces us to a new villain. Rise of the New God may be the best Death Metal issue yet from James Tynion and we also get the second issue of Tynion’s Department of Truth. Lots of other books reviewed spoiler-free as well as a run down of some of the other titles this week you might want to be on the lookout for.