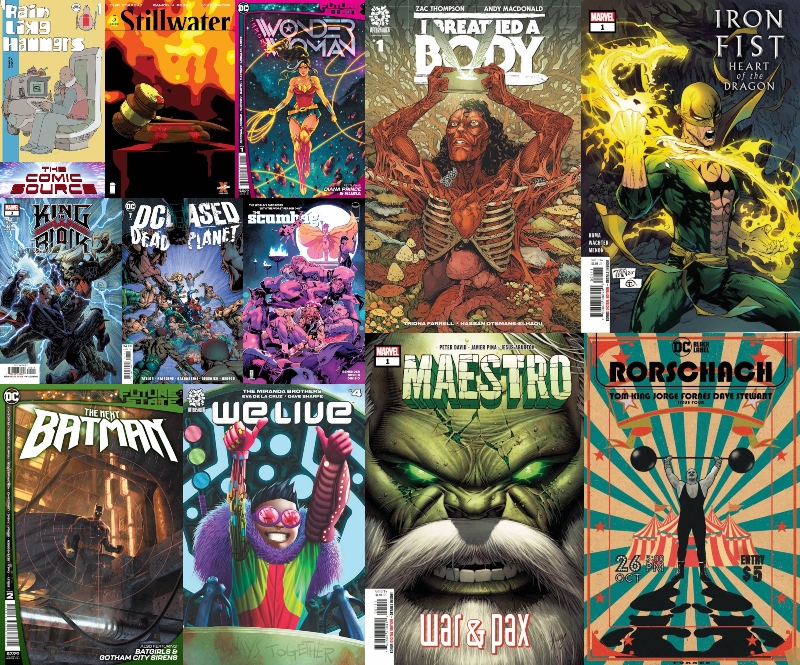 Jace, Jay and Manny talk about a few of the books they have read that hit stands this week. Future State: Immortal Wonder Woman #1 and Future State: The Next Batman #2 are both a little uneven but have their moments. Maestro: War and Pax is action packed with plenty of Hulk Smash! Scumbag is a title both Jay and Jace have been enjoying for both it’s irreverence and its unlikable, humorous and some how endearing lead. King in Black #3 continues the big Marvel event from writer Donny Cates and Jay is ALL-IN! Stillwater #5 ends with a couple of very consequential moments that promise to have a big impact. Iron Fist: Heart of the Dragon #1 & We Live #4 are wall to wall action. Rorschach #4 shows why Tom King continues to be on the best in the business when it comes to story structure. Book of the Week DCeased Dead Planet #7 brings the story Tom Taylor has been crafting to a close with so much heart, that it reminds us what’s best about the DC Universe. Jace also gives a run down on some other titles you might want to be on the lookout for hitting stands this week.

I Breathed a Body #1

Future State The Next Batman #2

Iron Fist: Heart of the Dragon #1