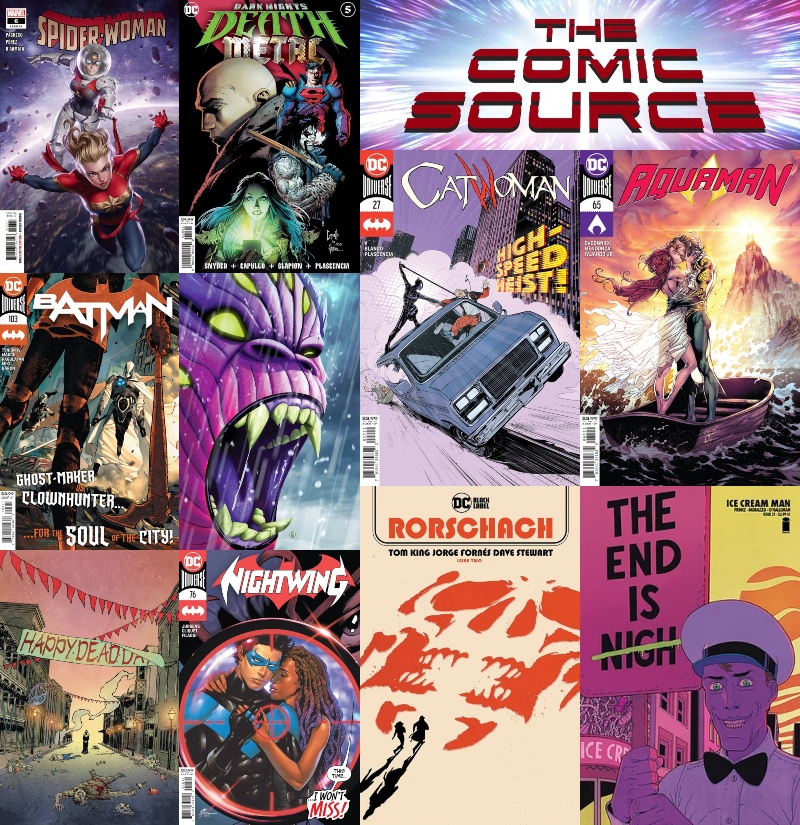 Jace and Manny take a spoiler free look at some of the books hitting stands today that they have had a chance to read already. The slick Michael Mann feel of Catwoman continues and makes it Jace’s Book of the Week. Manny’s pick is the latest issue of Dark Nights Death Metal as we take another step closer to having every story matter in the DC Universe. Over in Nightwing we have the resolution of the final threads form Dick Grayson losing his memory and in Aquaman we finally see Arthur and Mera tie the knot. Meanwhile in Batman the Ghostmaker makes his move in Gotham while it appears Harley Quinn will be a big part of the series moving forward. All this and a lot more, plus Jace gives a rundown on some other titles you might want to be on the lookout for today.