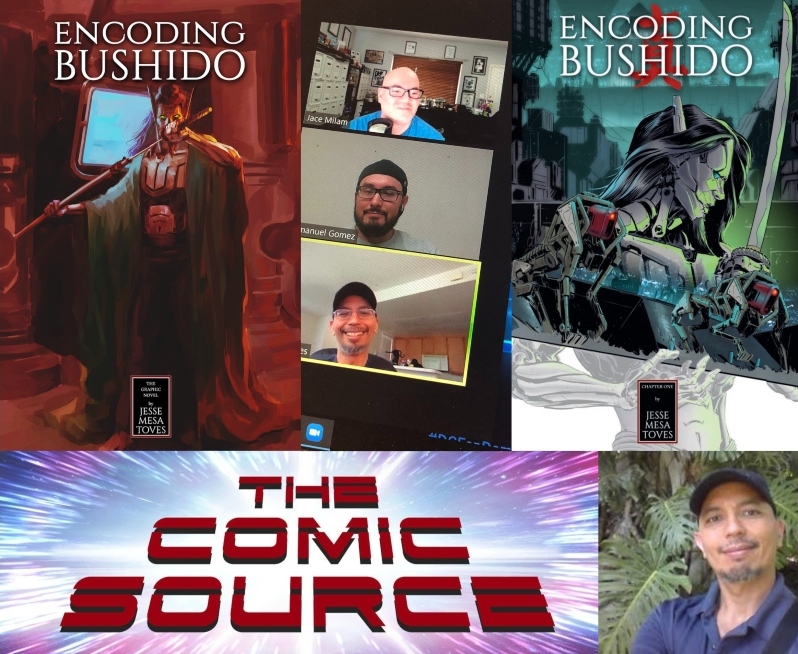 Go back the Kickstarter campaign here!

Jace and Manny chat with friend of the show Jesse Mesa Toves about his current Kickstarter campaign Encoding Bushido. It starts with the question, could an A.I. robot be honorable when programed with the code of the Samurai? From that seemingly simple concept an entire world of possibility and a thorough examination of what samurai means and how it ties into what it means to be human begins. Plus the guys reminisce and art, the convention scene and Jesse’s beginnings as a creator.