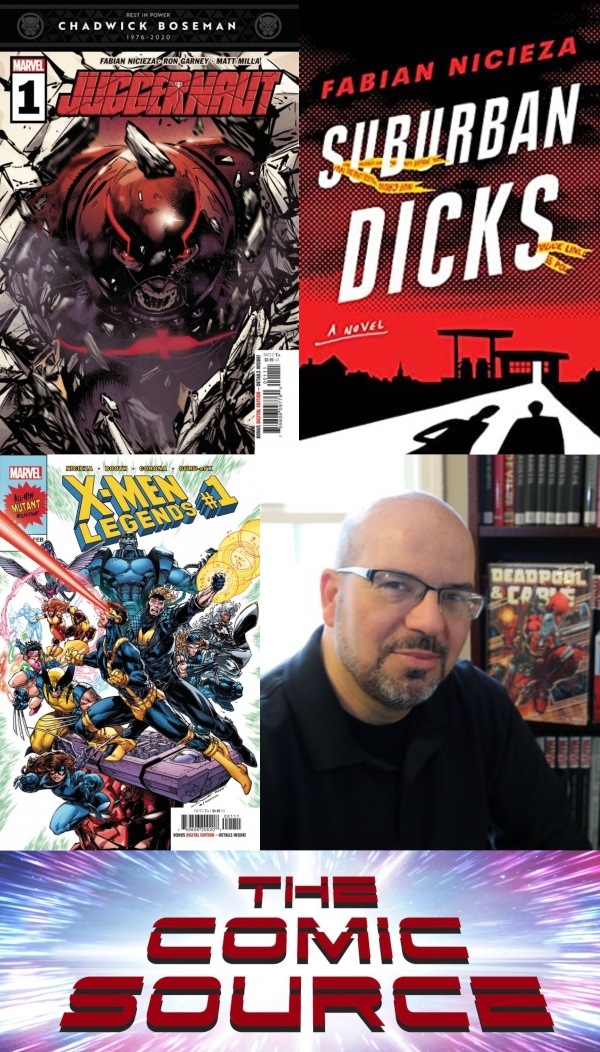 Check out OUTRAGE on WebToon

Jace is joined by the legendary Fabian Nicieza to talk about the recent Juggernaut series that we loved and they also chat about Fabian’s return to the 90’s to tell the unfinished tale of Adam-X. Plus, Fabian’s debut novel is dropping in June of 2021 and there is plenty of talk about the process and differences of writing prose versus comics. So much good information in this one and we hope you enjoy it as much as Jace enjoyed catching up with Fabian.

Fabian Nicieza is a veteran comic book writer and editor who is best known for his work on Marvel titles such as X-Men, X-Force, New Warriors, Cable, Deadpool and Thunderbolts, among others. He had some definitive runs and stories at the publisher and has helped create beloved characters like Deadpool and Domino. He has his debut novel coming later this year from Penguin random House, Suburban Dicks.