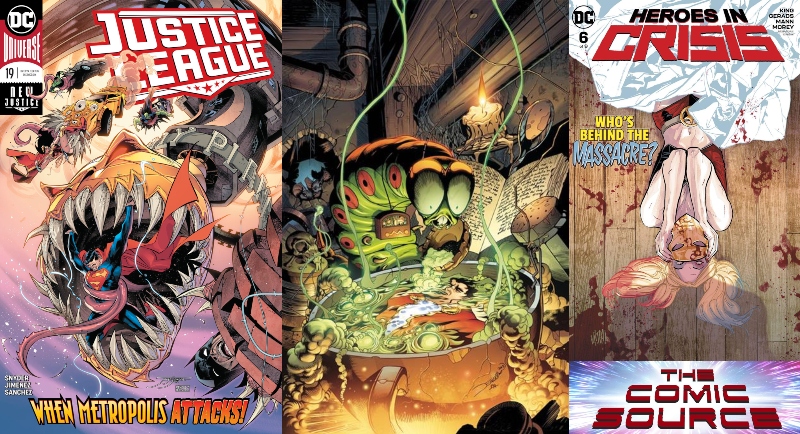 Jace and Jay take a very deep look at a few DC titles. They examine Heroes In Crisis #6 from the perspective of the trauma displayed by the three characters closely followed in this issue, plus Jay takes about PTSD from the perspective he gained while serving in the army. The guys chat about the spectacle that is Justice League #19 and how the structure of the epic story Scott Snyder is playing out. They finish up with Shazam #3 a really wild and fun book that may have been a bigger hit if it hadn’t suffered from so many delays. The Dale Eaglesham & Marco Santucci art is amazing though!