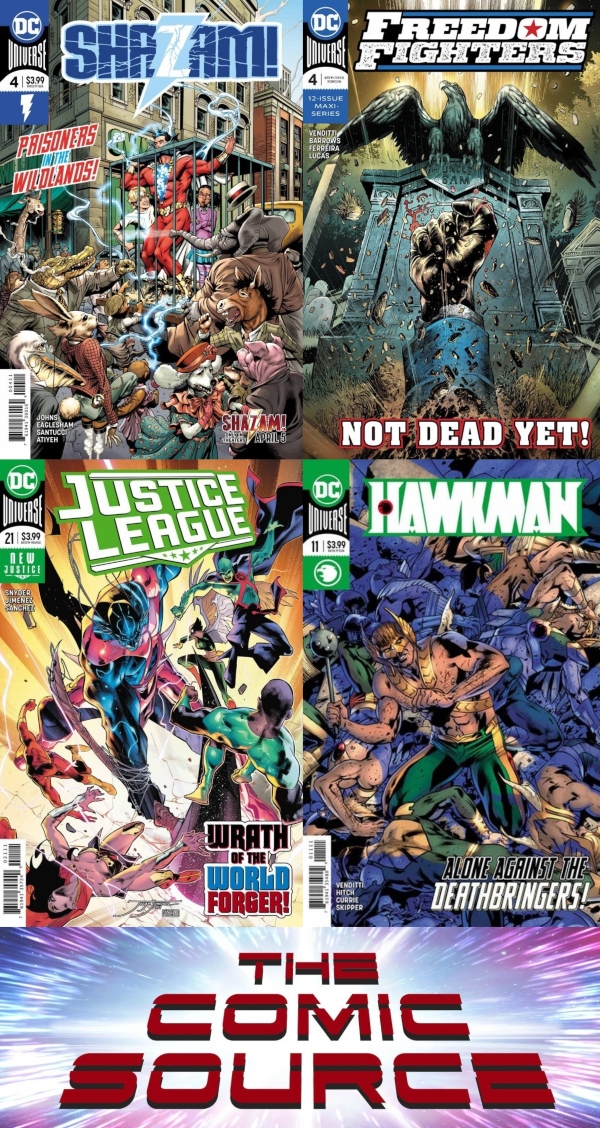 Jace breaks down four great DC books. Freedom Fighters #4 finally has Uncle Sam returning with the current team of Freedom Fighters having done enough to restore the spirit of 76 for the people of this version of America. Will Uncle Sam’s return be enough to turn the tide of the resistance against the Nazi’s? In Shazam #4 we start to discover just how much trouble the Shazam family is in at the hands of King Kid, who has scattered our heroes across the Magiclands. However, help may be on the way from an unexpected ally. In Justice League #21, the imposter Superman stands revealed as the World-Forger explains his deception and the plan he has to save the multiverse. The sacrifices he is asking the League to make may prove more than they are willing to make though. So how it will all play out, and why is a beloved character claiming to have destroyed Superman and siding with the World-Forger in imprisoning more than have the living beings in the multiverse for all time? Have to read on to find out. Finally in the pages of Hawkman #11, we find out that even the combined might of all of Carter Hall’s past lives may not be enough to defeat the Deathbringers once and for all. What will it take for Carter Hall to achieve victory and finally let his past be in the past?