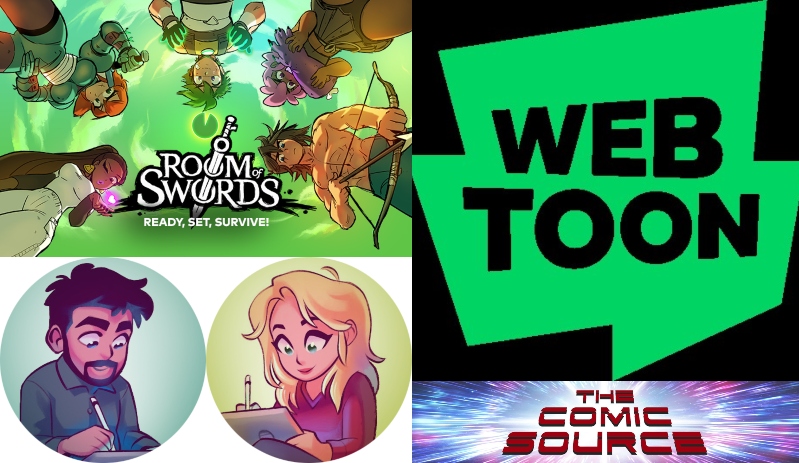 Check out Room of Swords on WEBTOON

Toonimated is a team formed by two married artists. Julian and Tara met in art college and have spent 10 years working in the video game industry for companies such as Nintendo, EA, Zynga and Hasbro. Currently, they are working on the featured Webtoon “Room of Swords” and raising a beautiful baby boy together.