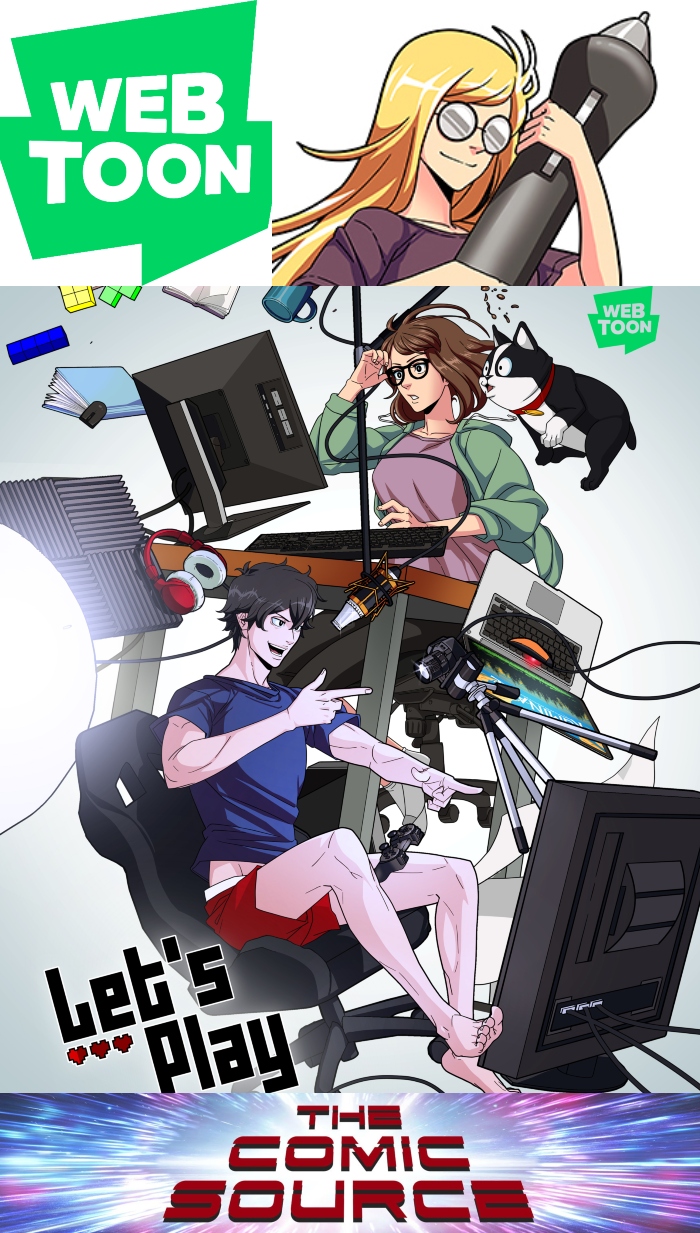 It’s our first Webtoons Wednesday episode! Join Jace every Wednesday as he highlights some of the best digital comics being produced today on the most popular digital platform there is, Webtoons! In this first episode Jace is joined by Leeanne Krecic whose Webtoons comic is an amazing mixture of romance, video games, YouTube celebrity and more all rolled into one!

Check out the Let’s Play Patreon