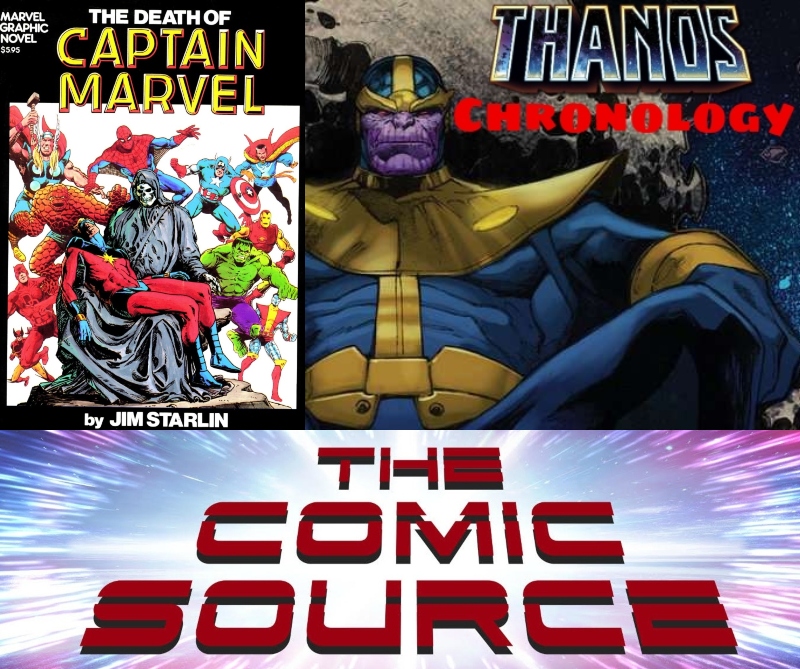 Jace continues the Thanos reading order with an incredible powerful tale that was an instant classic from the moment it was released. The Death of Captain Marvel was the first ever graphic novel from Marvel comics. This new format which has come to dominate comic sales over the last few decades started with the story of how the Marvel Universe lost it’s most powerful cosmic champion. Filled with incredible Jim Starlin art and emotional character moments, this story still is just as powerful nearly 40 years after it was released. Thanos’s involvement is both minor and yet key to the story Starlin weaves here, but this is truly a Captain Marvel story. It showcases the incredible impact that this character had on the Marvel universe in a relative short period of time.

The Death of Captain Marvel