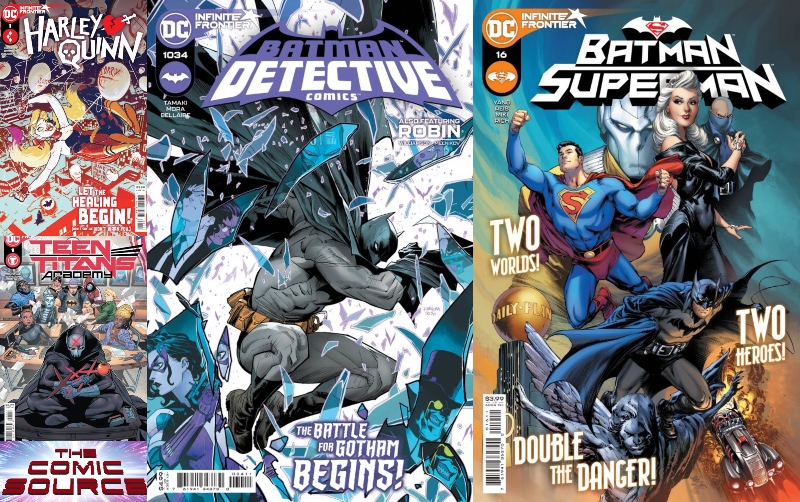 Jace and Rocky from Comic Boom! do a deep dive into the DC titles for the Week of March 23, 2021. The talk about Teen Titans Academy and how it might be trying to capture some of that classic X-Men magic. Harley Quinn was even better than expected and it seems she is in great hands even though she is back on Gotham. Detective Comics begins a new era and both guys agree that it is more of a Bruce Wayne book than a Batman book and that’s a good thing. Finally the best book of the week for both Jace and Rocky is Batman/Superman. It’s just so much fun with a cool narrative and refreshing story telling device that pulls the reader right in. Spectacular issue.