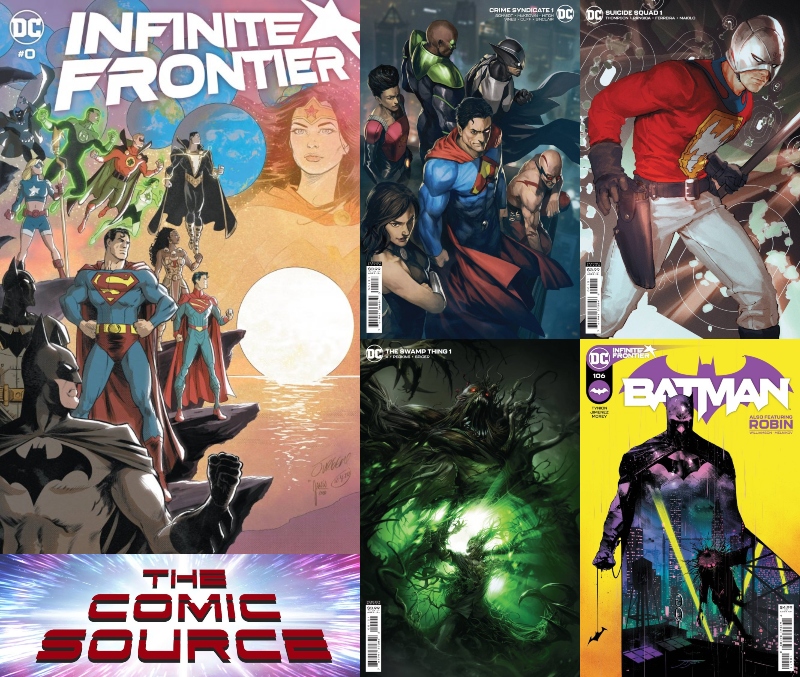 Jace and Rocky from ComicBoom! dives deep into the DC titles that hit comic shops on March 2nd. We get a sneak peak into the future of the DC Universe in Infinite Frontier #0 as Wonder Woman tours the DCU. We get a look at a brand new version of Earth-3 with a new version of the Crime Syndicate. Suicide Squad lives up to its name as we have a higher body count that we have had in quite some time. Batman #106 gives us the seeds of the Magistrate from which the fascist organization will grow. We finish up with Swamp Thing #1 as we have a new Avatar of the Green for the first time in a long time.