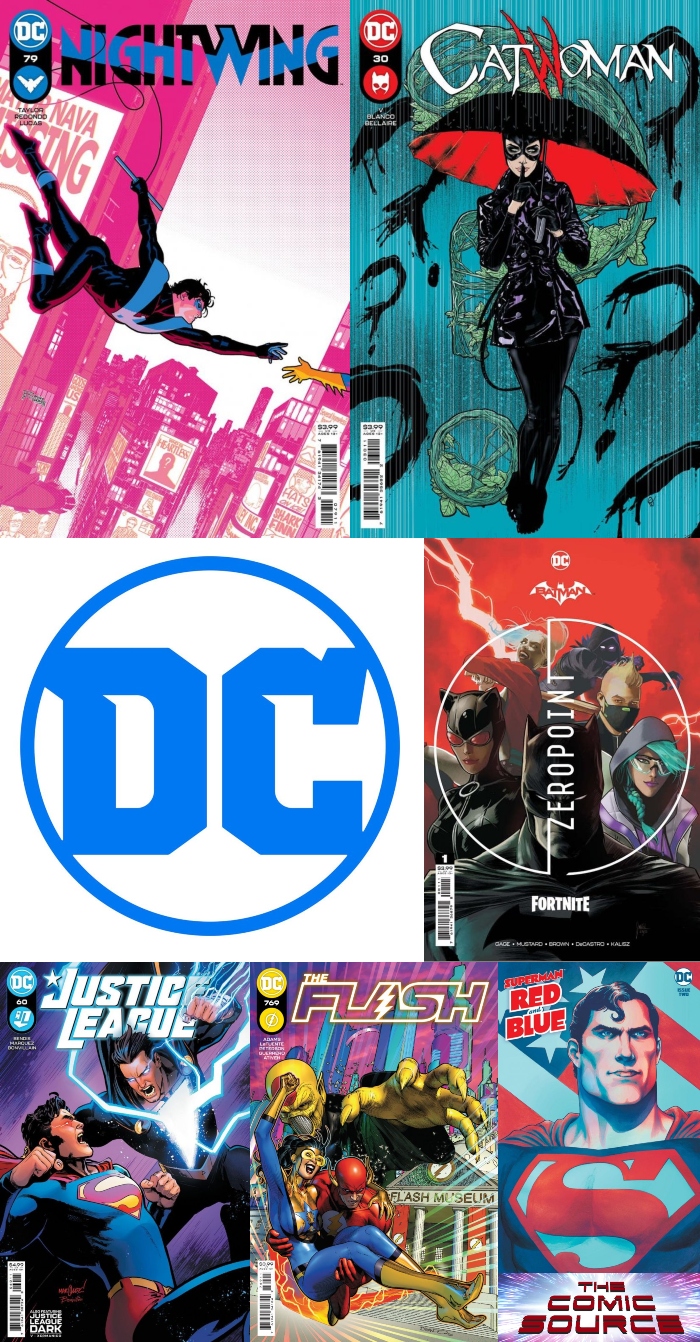 Jace and Rocky talk about the DC books for the week of April 20, 2021. Justice League and Flash give us the second issues of those story arcs and still feel like they are setting things up for their respective storylines. Nightwing #79 is also a second issue and although not as weighty as the first, still has more emotion and weight than the two previously mentioned titles. Catwoman had the guys split, Jace also felt like this was a setup issue although very well done. Rocky really liked it, appreciating it’s technical aspects as well as it’s compelling narrative and characterizations. Both of the guys felt that Superman Red & Blue was just ok while wondering if the limited palate is actually hurting some of the stories. Finally Batman Fortnite Zeropoint was an interesting start that the guys enjoyed despite their limited knowledge of the ubiquitous video game. We sure hope it pulls in some Fortnite players and converts them into comic readers.