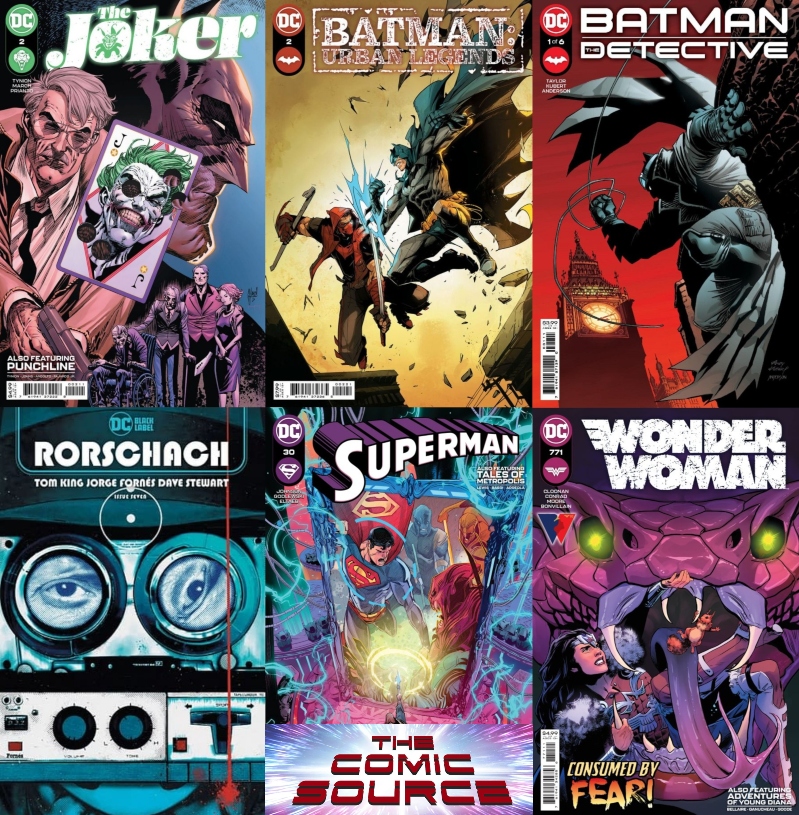 Jace and Rocky are back with another week of DC titles. After a few weeks where the guys were not impressed, DC comes roaring back. Joker #2 is a particular highlight as the relationship between Jim Gordon and Batman is explored. Going even further than that is the revelation of what Jim knows about Barbara and how their relationship is explored, great stuff. Sticking with Batman titles the second issue if the Batman Urban Legends anthology picks up right were #1 left off and we enjoyed it just as much. The Red Hood & Grifter stories are just tone perfect with solid art. Tom Taylor’s first Batman: The Detective issue was just as great as we expected though the guys disagreed a bit on the Andy Kubert artwork. Superman was the one disappointing book this week, it’s not working for either Jace or Rocky at this point. Wonder Woman continues to delight as other ideas and myths beyond Greek mythology are woven into the story. Finally, Rorschach #7 caused a bit of a stir between the guys as they didn’t see eye to eye on the big appearance in the book. Be sure to listen in to see whose side you are on!