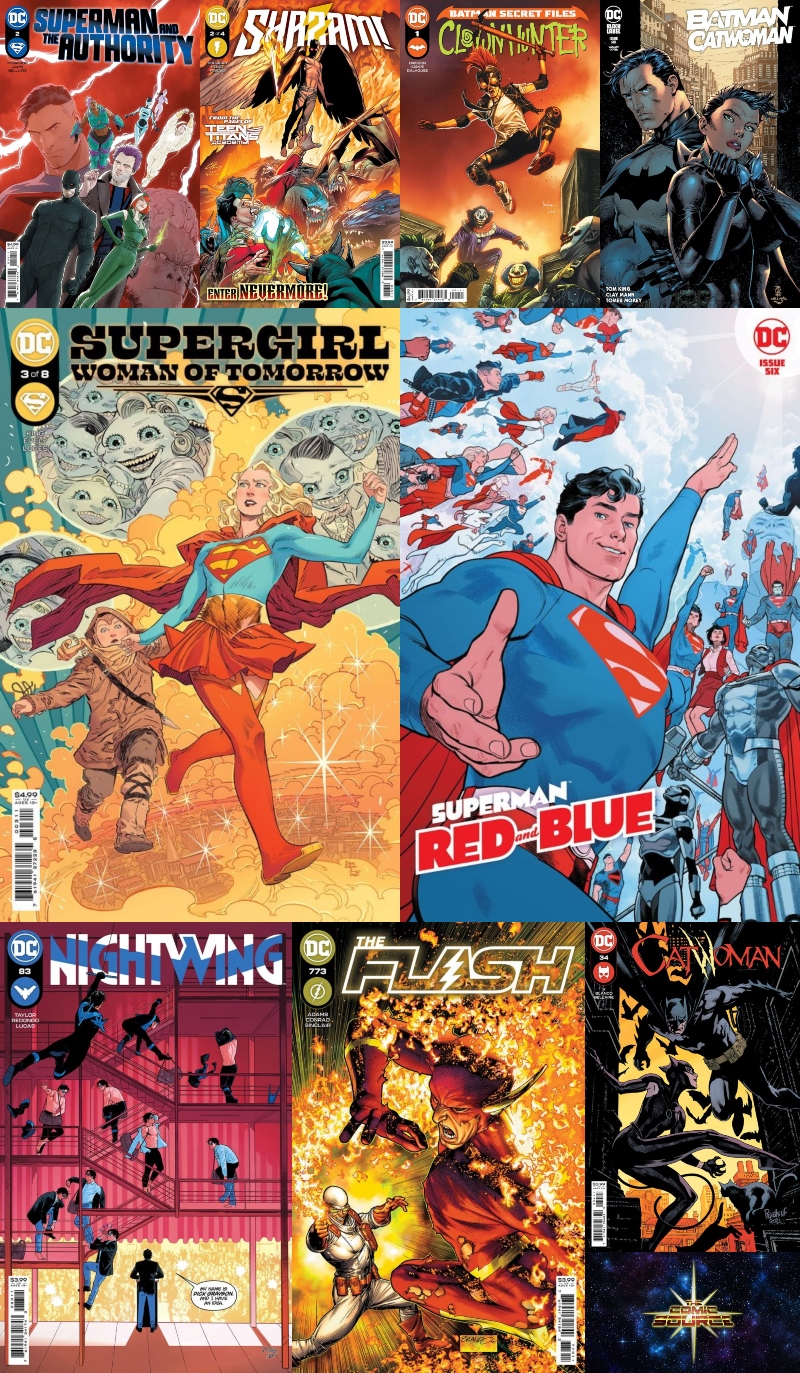 Jace and Rocky from Comic Boom! take a close look at the DC Comics titles for the week of August 17, 2021. Jace felt it was a bit of a down week, but Rocky was pretty pleased overall.

Superman And The Authority #2 – Manchester Black starts recruiting and this is certainly a version of The Authority we never thought we’d see. Will they be strong enough to do what needs to be done?

Shazam #2 – Dane and Billy are in the Underrealm, but getting there is just the beginning of the adventure. How will Billy find the Rock of Eternity and when he does … then what? Also we learn that Dane is much more than he appears to be. Might he be so powerful because of who is father is and is his father, Neron? WHAT?!?!?

Batman Secret Files: Clownhunter #1 – Ed Brisson always grounds his stores no matter how fantastical the character. The same is true here, but neither Jace nor Rocky care much for Clownhunter, so despite a technically well done comic, both guys felt this story fell a little flat. Do you agree? You may have to read for yourself to find out.

Batman Catwoman #6 – The triple narrative and speed with which this series is coming out still continue to be a challenge. Jace once again asserts that once the whole series is out and he can read it in once sitting that this story will be pretty damn good. It just isn’t there yet. Rocky read it multiple times but still feels compelled to agree.

Supergirl Woman of Tomorrow #3 – This story continues to impress narratively, artistically and most of all, emotionally. This issue could stand on it’s own as a wonderful story showing how much Kara cares about others. Knowing Tom King the themes and ideas displayed here will resonate throughout the series and especially at the end.

Superman Red Blue #6 – One of our favorite issues of the anthology so far. Tom King spins a masterful story of how much Superman can mean to us and how in his reflection we all are special. Plus a cool retro story with great art from Matt Wagner and more!

Nightwing #83 – We finally find out what Dick has planned for the fortune left to him by Alfred. Also Dick seems to come to an understanding with his “sister” as she hits at the fact she is actually working from the inside to take down Blockbuster & crew. Jace still isn’t convinced she is really the daughter of John Grayson though. Could that just be another part of her ‘cover’? Time will tell.

Flash #773 – In Rocky’s words we have returned to “normalcy”. Wally West is once again the Scarlett Speedster and headlining the Flash title. As he has his first day at the job Mister Terrific set him up with, he relishes in the freedom he has to react to any situations that arise where the Flash is needed, but maybe more importantly he realizes that his experiences as The Flash over the years have given him unique knowledge. Knowledge that can make him a valuable asset to the engineering team his is set up with.

Catwoman #34 – It’s a brief reunion for Selina and Bruce as Batman rescues Catwoman from the aftermath of her fight with Father Valley last issue. Selina is not one to back down though, so she goes toe-to-toe with the assassin once again, but is he perpetually one step ahead of her and if so, how can she win this battle?