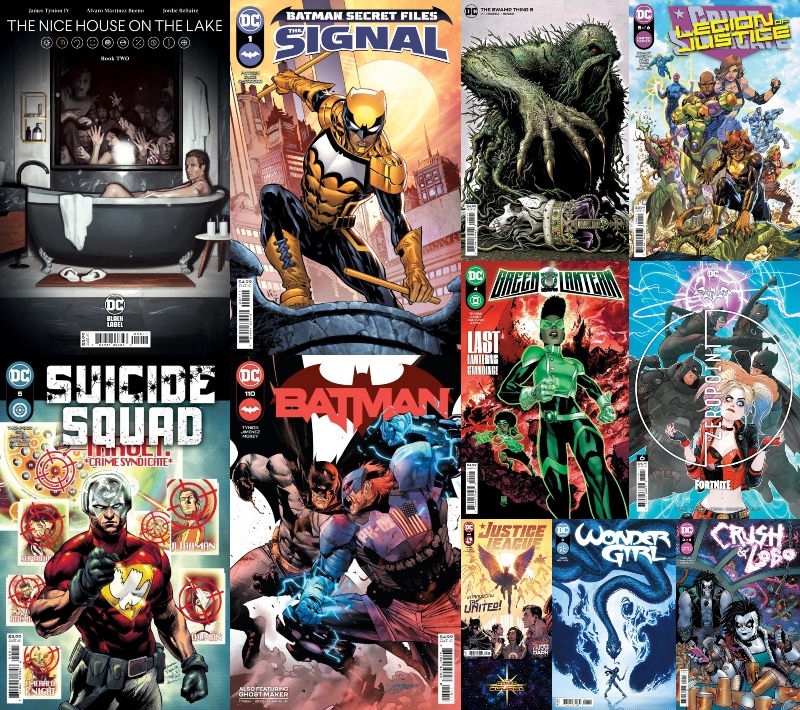 Jace and rocky from Comic boom! talk about the DC books for the week of July 7, 2021 and it is a BIG week. There is a special batman Secret Files issue focusing on Duke Thomas and it has both the guys wanting to revisit some Duke stories and get a better handle on who he is as a character and see where he might be going. We get more reminders of Future State in Suicide Squad #5 as Earth 3 and the Crime Syndicate make an appearance. Batman #110 keeps the Magistrate story moving full-steam ahead, but where this issue shines is in the dynamic art and the interactions between Ghost-Maker, Harley and Batman. Swamp Thing #5 seems to take a detour from the main story that has been unfolding, but we would not be surprised to find this story connects to the main narrative more than it first appears. Also we have John McCrea art that feels so organic, great stuff. We are up to the penultimate issue of Crime Syndicate and Rocky is still loving it, while Jace still struggles to connect to the characters. More issues may have solved this, but with one issue to go we will have to wait and see. Green Lantern #4 shows John Stewarts capabilities as a fighter without his ring and we see Teen Lantern take matters into her own hands regarding the destruction of OA. This one felt a little light on plot progression, but had some gorgeous art. Batman Fortnite Zeropoint came to an end, but we didn’t get everything wrapped up in a nice neat package. It is clear there is more to this story and we fully expect to hear there is a follow up series coming SOON! Justice League #64 starts a new arc as Bendis brings back Synmar Utopica from his Superman run, but it just isn’t compelling and feels overwrought. It’s the exact opposite in the Justice League back-up where everything seems so purposeful. The second issue of Wonder Girl was a bit of a mess, the first 3 pages felt promising and then between the strange characterization of Yara and the choppy pacing we just felt like the issue never came together. Crush and Lobo is still not Rocky’s cup of tea, but Jace seems to be enjoying it. Maybe it is the fact that Jace has no previous exposure to Crush? Time will tell as next issue Crush and Lobo come face to face and that could change the whole dynamic of the series. Finally Nice House on the Lake #2 starts to build tension and drama after the bombshell events of #1. We expect this thriller to continue to ramp up the pace from this issue with really feels like the starting point of these characters and their psychological and inter-personal journey.