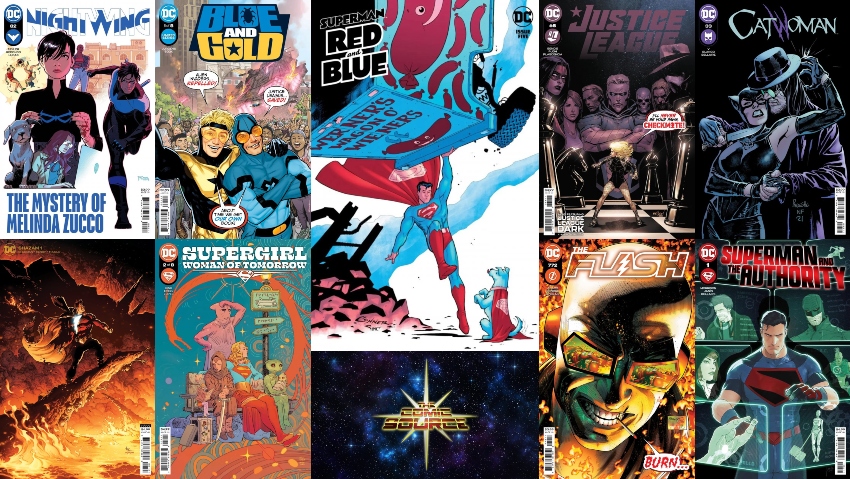 Jace and Rocky From Comic Boom! spotlight the DC titles for the week of July 20, 2021. We get the origin of Melinda Zucco in the pages of Nightwing #82 and talks about the problem with ret-cons. Rocky seems to really like the idea of Dick Grayson having a sister though especially because there seems to be more to her than we know. Blue & Gold #1 is a real highlight with the whole creative team giving their all to make this a spectacular issue. Shazam #1 expands on some of the story points we have seen for Billy Batson in the pages of Teen Titans Academy and also hints at some of the events of Future State. Supergirl Woman of Tomorrow reminds us of the trauma Supergirl has endured in her life and explains how she might connect so closely with Ruthye and the losses both of them have suffered from. Justice League #65 brings a shocking revelation that is sure to have people talking, but is it necessary and will it be remembered? Only time will tell. The back-up Justice League Dark story continues to outshine the main story though and both have great art. In the pages of Catwoman we finally get the long-anticipated fight between Selina and Father Valley, thought the outcome may surprise a lot of readers. Flash #772 feels in some ways like a return to normalcy in Rocky’s eyes and he is all for it. Wally West fans have been waiting for this a long time as Wally is back and finally headlining the Flash book. Superman and the Authority is an intriguing start to the story and Grant Morrison shows that Manchester Black is in good hands, as the legendary comic scribe absolutely nails the characterization of the psychotic telekinetic. Finally in the pages of Superman Red & Blue #5 we get the single best issue of the series so far. Every story is good to great with a couple of the narratives award worthy. An absolute must-read.

Superman and the Authority #1