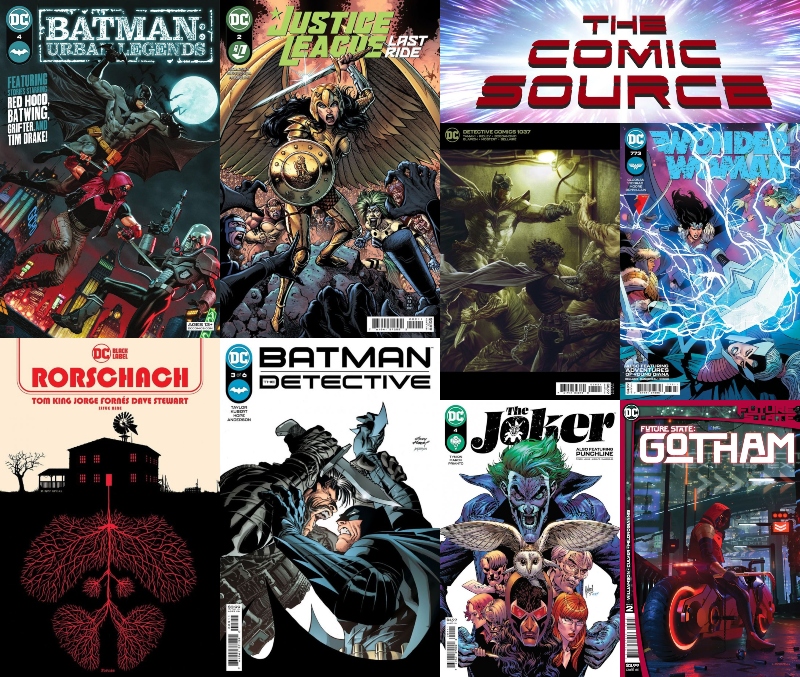 Jace and Rocky from the Comic Boom! YouTube channel talk about the latest DC books. There are so many great titles this week starting with Batman Urban Legends #4, the Red Hood and Grifter stories continue to be absolutely amazing. We get a fun look at Luke Fox back in the Batwing costume and the first of a three part Tim Drake Robin story. Meanwhile the emotionality and action of the Justice League’s last adventure continues in Justice League Last Ride #2 and the art is spectacular. Rorschach #9 doesn’t move the narrative forward in a big way, but the visual storytelling is superb and it feels like the clues are starting to line up. Batman The Detective #3 gives a welcome look at a young Bruce Wayne traveling the world and learning some manhunting skills, the guys both would love a series focused solely on this period of Batman’s training. Over in Detective Comics #1037, Bruce Wayne has actually been accused of murder and arrested. Doesn’t the GCPD now better by now? One of the back-ups starts a big debate about Lucius Fox and had Jace all fired up! Wonder Woman #773 might not resolve the Norse storyline in the most mythic & impactful of ways, but the story is wildly entertaining and feels authentic. Also the last page view of Themyscira is a great cliffhanger. Joker #4 has more of the actual Joker in it than any of the previous issues and the guys are divided on whether that’s a good thing or not. Future State Gotham #2 teases a chance at redemption for Jason Todd, but is it too little, too late?