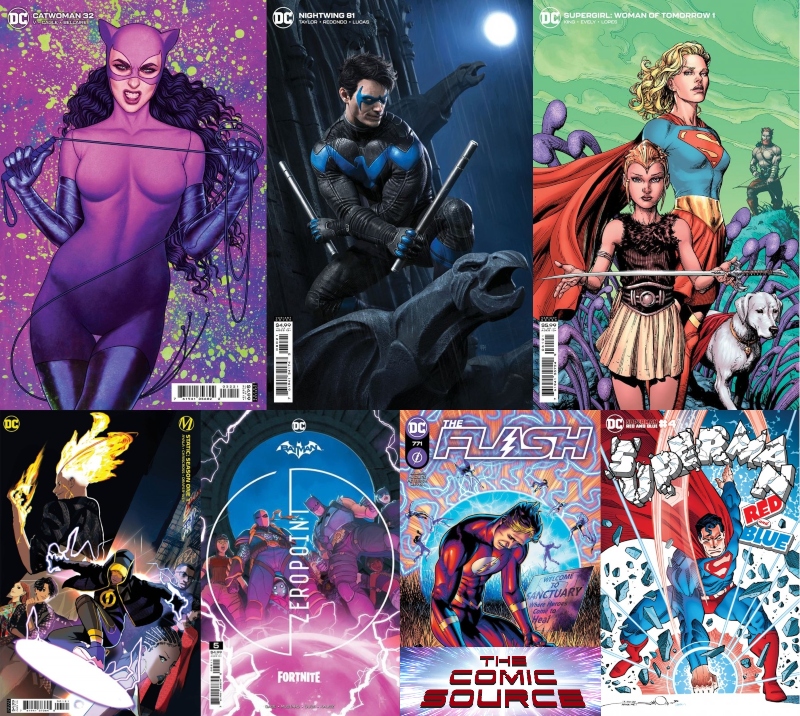 Jace and Rock from Comic Boom break down the DC Comics issue for the week of June 15, 2021. Jace gives his nod for best of the week to Catwoman #32 as we see several characters try to answer the question of who Selina Kyle is. Rocky’s favorite is Nightwing #81 as we get a huge bombshell about the Grayson family. The question is, can we believe it to actually be true? Supergirl Woman of Tomorrow #1 is simple in it’s concept but nuanced in the way it will explore who Kara is and test her heroism in ways she may not be ready for. Static: Season One #1 goes over much of the same ground from the original Static series nearly 30 years ago, which shows just how groundbreaking that series was as much of it’s concepts translate to today. The creative team this time around give the book a very modern feel both in scripting and art which makes for an excellent read. Batman Fortnite Zeropoint feels like it may be lasting just a bit too long, but the final issue coming next week will be the decider on that. Flash #773 teases possible redemption for Wally, but we haven’t gotten there yet and is it even necessary? Finally Superman Red& Blue offers a few good stories but ends up inconsistent overall.